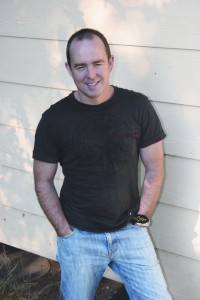 Campbell Mattinson had been a journalist for 10 years on the night that he was hit by wine “like a magnum over the head”. At a work function in Melbourne, “something went funny in me…turning me from a wine drinker to wine crazed,” he wrote. Since a cadetship at a suburban newspaper in 1987, he has worked as an award winning freelance journalist.

Now obsessed with wine, he is the wine columnist for the Sunday magazine in Sydney’s Sunday Telegraph, co-publishes a subscription only website called The Wine Front, and has written a number of books on the industry and the history of Australian wine. He’s winning awards for his wine writing and is about to release his 2010/11 edition of The Big Red Wine Book, a popular guide to red wine.

What made you want to be a journalist?

I think that I wanted to be a writer from the start. As an 18-year-old you can’t walk strait into trying to write books, what the real ambition was. I enjoy being the first to tell people things, though. I think that’s a very important motivation of being a journalist.

What are some of the best and worst aspects of freelance writing?

You’re allowed to follow your own nose so there is some sort of freedom to freelancing. It does have the obvious downside of lack of security of income and certainly in the first five years of doing that I felt like I was bashing my head against a brick wall. It was really, really hard to get editors interested in what I was pitching.

What made you decide to specialise in writing about wine?

How did The Wine Front get going?

What is a typical work day like for you?

I try to open between 10 and 15 bottles of wine each day and taste them at various times of the day – and if I think they need to, some I will re-taste the next day. I review them principally for quality, and then  for their ability to age. Naturally, value for money also comes into the judgment process because at the end of  the day, reviewers are consumer advocates. When I taste, I’m looking for wines appropriate for the outlets I’m writing for, and there’s slightly different audiences for each. In any given week I’m also travelling to vineyards here and  abroad, because you always understand a wine far better when you see  where it physically comes from. Other than The Wine Front and the Big Red Wine Book, I get paid by the word, so I try to set myself a target of 4000-5000 published words a week.

How different is writing for the niche audience of The Wine Front compared to writing for mainstream media?

It’s a funny thing to say but it’s a more honest avenue because I don’t self-censor when I’m writing because I just feel like I’m talking to my friends. You know that you don’t have to dumb anything down – these are people who are really keen on the subject and you can just write however it comes out.

What made you decide to charge a subscription to The Wine Front? And do you think it’s a viable solution for mainstream media sources that are struggling to make money?

I absolutely do. Wine Front charged a subscription from day one, which is very unusual in the online world. I think if you haven’t got a business model, what’s the point? There are lots of sites I use that I’d be happy to pay for. For instance, The Age website. If I wasn’t getting income from Wine Front, it would’ve died in the first 18 months and yet here it is nearly ten years old and going along nicely, without any advertisers or anything like that.

What are some of the challenges facing journalists today?

The biggest challenge is trying to earn a living. There’s no doubt about it that it’s harder and you’re required to write more words than you used to be and often required to have a greater number of skills. The other big issue is independence. For some people it may not be such a big deal but I think that particularly the further as you go into your career, I think it’s something that journalists must always be vigilant about or at least be honest with themselves about. I see all sorts of cases that as an onlooker I think ‘I’m not sure you can do that’. But in many cases, I don’t think the journalist in question has thought about it properly.

Have you ever had to really think about your journalistic independence?

Absolutely, every day. There are a lot of fine lines in criticism. It’s not cash for comment but at the same time…as a wine writer we just accept a free bottle of wine and review it. That’s just the way it is. Everyday you ask the question what are you accepting for free and what should you be declaring? Every field of criticism seems to have its own rules.

How do you feel about giving negative reviews?

I don’t have a problem with negative reviews. The only time I have a problem with negative reviews is if it’s a small winery you don’t want to kick them when they’re down. But certainly the big companies I wouldn’t have any problem putting in a negative review and if they decided they didn’t like that and they wanted to cut the supply of samples, that’d be fine – I’d welcome less. In wine writing, there’s a big movement that all wine should be tasted blind without you knowing its identity and absolutely only review this wine in the context of the liquid in the glass. Nothing else must be taken into consideration. Whereas if you were a film critic and you walked into a film having done no research on the directors or various other people associated with the production of that film, you’d be almost seen as negligent.

Is there a journalist you particularly admire?

I always used to really like Martin Flanagan. As I say, I came at journalism not wanting to go out there and interview lots of people but because I wanted to write. There are lots of really good journalists who are poor writers but they’re really good at other things. The principle role of a journalist is to be a good researcher and I’m not necessarily a good researcher, but I hope I can make up for it in writing. And Martin Flanagan is clearly someone that cares about every word and so I’ve always admired that.

What do you love most about what you do?

The thing I love most is the thing that got me into it in the first place. If you happen to win an award for something, that’s great and obviously that’s exciting but the real excitement is when I hit save and I know it’s a good piece. I actually find writing harder now than I did 15 years ago or 20 years ago, probably because to some extent my standards have gone up. I often ask myself ‘why would anyone be a writer?’ It’s just the hardest thing. But, every time something is working, nothing else is as good.

Kelly Theobald is a former upstart editor who is by writing her Honours thesis about the image of sharks in the media. Find our more about The Working Journalist project here.