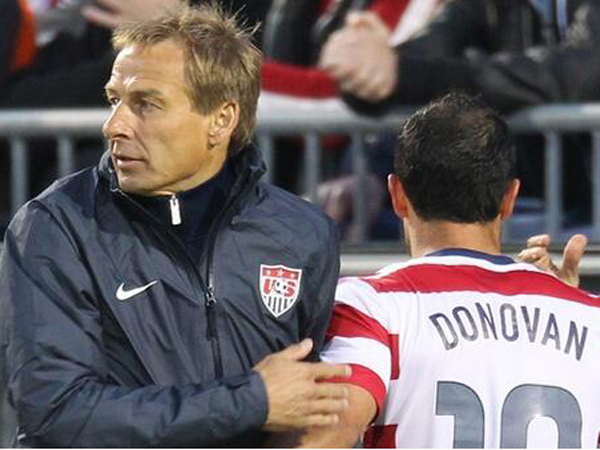 World Cup squad selections are often crowded with controversy in the lead-up to the biggest event on the footballing calendar. For USA manager Jurgen Klinsmann, his decisions proved no different.

When Klinsmann announced his final 23-man squad Friday, there was one notable omission and one surprising addition to a team consisting of almost 50 per cent American-based players.

Fabio Capello’s English squad selection for the 2010 World Cup in South Africa created widespread reproach with the omission of defensively bereft Theo Walcott and the inclusion of an ageing Jamie Carragher. It seems as though Klinsmann could be in for similar treatment.

Why Jurgen Klinsmann’s decision to cut Landon Donovan from #USMNT World Cup team is a wise one http://t.co/qMXFuQT94p pic.twitter.com/kvhvvshkRS

18-year-old Bayern Munich midfielder, Julian Green, was the intriguing inclusion to the squad, having only played one match for his nation.

He is the youngest player on the list and only played six minutes for the German champions throughout the 2013/14 season, coming on 87 minutes into a Champions League fixture against CSKA Moscow.

Donovan has participated in the last three World Cups for his nation, making Klinsmann’s decision to leave him out one of the most difficult choices he’s had to make in his coaching career.

The USA manager felt that it was just a matter of other players being ahead of the 32-year-old on the day of selection.

“I just see some other players slightly ahead of him,” Klinsmann said. “The last ten days he did everything right. He was always positive, he took it the best way possible. So his disappointment is huge.”

Donovan was gracious in his response to the news, voicing an appreciative message on Facebook.

“It has been an honour and privilege to have represented the US National Team in three World Cups. I will be cheering on my friends and teammates this summer,” Donovan said.

However, he was ultimately dissatisfied with the decision.

“I was looking forward to playing in Brazil and, as you can imagine, I am very disappointed with today’s decision,” The American continued.

Donovan has been a versatile player for the USA. While he has primarily played as a striker for the side, he has also played out wide or as the team’s attacking midfielder in Klinsmann’s preferred 4-2-3-1 formation.

With captain Clint Dempsey, Sunderland striker Jozy Altidore, AZ Alkmaar’s Aron Johannsson and San Jose Earthquake’s Chris Wondolowski ahead of him on the pecking order, there was no room for another forward in the final 23-man roster.

Green is not the only survivor of the final cut to have played less than five caps for his country.

The USA will be safeguarded by Everton keeper Tim Howard and the journeyed DeMarcus Beasley at the back, while the indispensable Michael Bradley and the defensively accomplished Jermaine Jones will man the middle of the park.

Former Fulham star, Dempsey, and the unpredictable Altidore should start up front as the American’s begin their campaign against Ghana on June 17.

Klinsmann’s men will play three friendlies before jetting off for Brazil. A matchup against Azerbaijan will be followed by a contest against Turkey and the USA manager will hope to finalise his formation and starting lineup against fellow World Cup participants Nigeria on June 7.