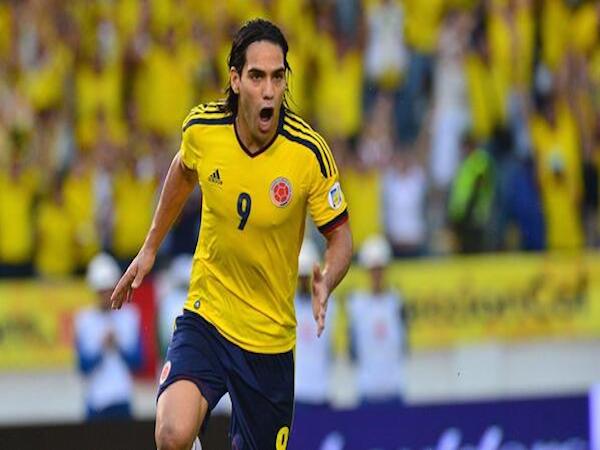 Colombia will be sweating on the availability of star striker Radamel Falcao as it looks to capitalise on one of the country’s strongest squads in a generation.

National coach Jose Pekerman has said he will give the talismanic Monaco striker, and current second all-time leading Colombian scorer, until the last minute to prove his fitness.

Falcao, nicknamed El Tigre, suffered a cruciate ligament injury in a French Cup match in January after a crude tackle from Chasselay’s Soner Ertek. The tackle sparked debate from Monaco’s manager, who insisted that his star players receive more protection from referees.

Given that the typical timeline for recovery from a cruciate ligament injury is between nine to 12 months, it would be an extremely rare occurrence, and perhaps foolish, to see Falcao take the pitch for Los Cafeteros at the World Cup.

However, under a month out from Colombia’s first game against Greece, Falcao took to the pitch to train with the squad, desperately attempting to prove to Pekerman that he is ready, willing and able.

The 28-year-old, who many would argue is in the prime of his career, has been photographed dribbling around Colombia’s training pitch in Buenos Aires, as the team prepares for pre-World Cup friendlies against Senegal and Jordan.

Whether Falcao represents Colombia at the World Cup or not, the squad has every chance of making an impact in their group. During qualifying, the team finished second only to a rampant Argentina, scoring 27 goals. Falcao netted nine times and, if he is fit, provides a focal point for Colombia’s midfielders.

Colombia had the second most individual scorers during CONMEBOL qualifying, second only to Bolivia, which failed to qualify for the World Cup. Teofilo Gutierrez, starlet James Rodriguez, Marlo Yepes and Dorlan Pabon all scored multiple times for the Colombians.

Their squad is brimming with players that can score heavily. The aforementioned Rodriguez is one of the brightest talents in Europe and had won three Portuguese league titles before he turned 21. His €45 million transfer fee to join Falcao at Monaco made him the second most expensive Colombian footballer in history.

Giant strikers Victor Ibarbo and Jackson Martinez, who have been plying their trades in Italy and Portugal respectively, also made Pekerman’s preliminary 30-man squad.

Commanding midfield presence Fredy Guarin, who has been a mainstay in perennial Serie A contenders Inter Milan’s side since his 2012 transfer, is expected to hold down the centre of the pitch. His dual footed approach and long-range striking ability will be imperative if Colombia are to make it out of their group.

Not since before Falcao’s time has Colombia boasted such a dangerous squad. The Colombian team of the 90s is widely considered to be the best that has ever represented the country. It boasted the greatest ever Colombian player, Carlos Valderrama, and Bayern Munich forward Adolfo Valencia.

However, playing for the Tricolours during that period came with certain dangers, as Colombia was expected to perform exceptionally well at the 1994 World Cup, by their country and by outsiders.

The impact the national team had on the country’s mood was displayed most prominently when, after scoring an accidental own goal during the group stage against the United States, defender Andres Escobar was shot and killed by members of a drug cartel upon returning home. It is widely believed he was murdered as a result of drug lords losing money gambling on the result of the match.

20 years on and expectations are similarly high. Pekerman has selected a squad that has every chance to progress through the group stages and well into the tournament. With a balance of a stout defence and attacking flair, the Colombians pose a daunting task for Greece, Japan and the Ivory Coast in Group C.

The task does not get any easier if they progress, as a likely meeting with powerhouses Uruguay, Italy or England awaits in the round of 16.

Whether Falcao takes his position in attack for Los Cafeteros or not, the Colombians are a team it would be exceptionally foolish to rule out.