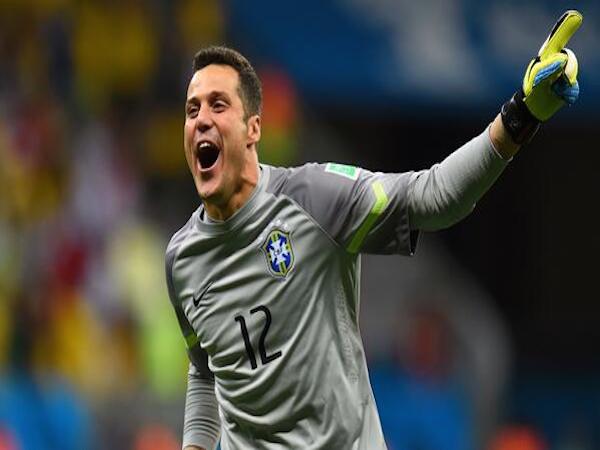 They may have attracted our attention during the 2014 FIFA World Cup with some dazzling performances, but you could be forgiven for forgetting that some of these stars once graced one of Europe’s best competitions.

Frustrating for some Premier League clubs, they’ve been forced to watch their stragglers perform exceptionally well on the biggest stage, leaving some to wonder what it takes to unleash this dormant form.

A number of factors were considered when assessing each player’s reputation as a Premier League flop to a World Cup star and Sean Ellicott has ranked the top five here:

The 27-year-old Brazilian striker made a total of 48 appearances for Manchester City and Everton during his spell in the Premier League, netting a measly six goals. Signed by City for a reported £20 million, he was soon loaned to Goodison Park where he also struggled to fit the bill. Sold by City to Internacional in 2011, Jo has since revolutionised his career as remains an integral component of the World Cup favourites’ attacking arsenal.

The Socceroos had a first-hand experience of Gary Medel’s quality in the heart of defence in their opening group stage match against Chile. Uncompromising at centre back, combined with the typical attractive distribution of South American defenders, Medel proved to be one of Chile’s most impressive players during the tournament. However, the defender’s domestic form is hardly anything of what we’ve come to see at the World Cup. The 26-year-old inked a deal with Cardiff as the Bluebirds’ records signing last August for £11 million, yet failed to find his feet as the Welsh side succumbed to relegation.

Julio Cesar led Brazil past Chile, but are the Seleção good enough to win it all? WATCH: http://t.co/V3DaPv6JSF pic.twitter.com/QUnoM2bYzK

The Costa Rican has somewhat developed the reputation of a sporadic and lethargic figure at Craven Cottage, netting only eight times in three years before he was loaned out to PSV Eindhoven in January. Fans of the London club could be forgiven for scratching their eyes at Ruiz’s performances in Brazil, as the forward has played a starring role in Costa Rica’s dream run throughout the 2014 FIFA World Cup. Scoring twice, Ruiz was instrumental as the competition’s light weights toppled the might of England and Italy, most recently conquering Greece to book a place in the quarter finals against the Netherlands.

So much hype surrounded the attacking midfielder as he rose through the ranks at Barcelona. With such a talented catalogue of players vying for the same position at the Catalan giants, the Mexican swapped life at the Camp Nou for London’s White Heart Lane. In search of first-team football, dos Santos found anything but as he struggled with life under Harry Rednapp, only registering 382 minutes of Premier League action during his four-year stint at Tottenham. However dos Santos has saved his best for the international stage as a prolific figure for the Mexican national team, recently netting against the Netherlands as his country’s best performer.

The Brazilian came to Queens Park Rangers with an impressive reputation, performing for both club and country. Hardly showing his worth between the sticks under Tony Fernandes’s extravagant revolution at QPR, the ‘keeper dropped down to England’s second tier, falling well out of favour as Harry Rednapp’s third-choice before being loaned out to Toronto FC. Rejuvenated with life and form in the MLS, Cesar was awarded a place in Brazil’s 2014 World Cup squad as his nation’s No.1, becoming a hero against Chile in the round of 16 penalty shootout.

At the other end of the spectrum, however, a small number of Premier League stars have failed to reproduce their domestic talent on the international scale.

Putting aside the entire English team for a moment, the most notable ill performance comes from none other than the tarnished reputation of Luis Suarez.

He may have been brilliant against England, single-handedly seeing the Uruguayans over the line, but the fun ends there for Premier League’s Golden Boot winner. He was sent home in disgrace after biting Italian defender Giorgio Chiellini, which warranted a four-month suspension.

Aside from Suarez, however, the English once again lived up to their underperforming reputation.

There’s no doubting his credentials, but England captain Steven Gerrard has unfortunately proven himself to be a liability for his country.

Aside from literally letting the Premier League title slip out of Liverpool’s reach, Gerrard played a huge role in eliminating England from the World Cup as his wayward header teed up his Uruguayan teammate Suarez to bury the Three Lions.

He may have scored his first World Cup goal, but ‘that’ corner against Italy summed up the forward’s tournament entirely.