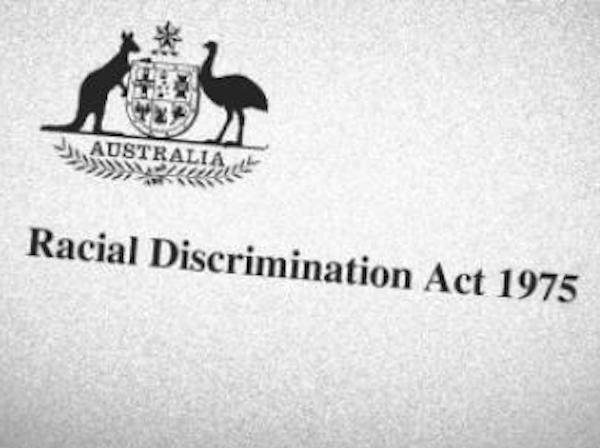 Occurrences of discrimination in the media are not always about the blatant use of derogatory epithets to target somebody based on their racial, colour, nationality, or ethnic origins. Terms such as microagression, microinsults, and microinvalidations can also be used to describe cases of discrimination. As the names suggest, microagressions can be subtler in the ways they manifest; however, their effects are no less offensive or damaging.

More often than not, in America, mass shootings carried out by a person of colour are called terrorist attacks. When a white perpetrator is involved, the language changes dramatically. There is no mention of terrorism; instead, the shooter is usually described as “mentally ill” or the incident described as a “violent crime.”

These acts may be, in essence, the same, but the language used to describe them changes based on the colour of the person’s skin, religion, or beliefs. These seemingly innocent differences hold great power over the audience. This language has the ability to influence their attitude towards a minority group.

The dissemination of discriminatory media is not solely the responsibility of the news organisations that originally publish a story. The ease at which electronic media is shared makes social media users who share stories just as responsible as those who originally published the post.

It can be argued, with racial discrimination of all forms being a topic on the forefront of discussion, people ought to be aware of the media they produce and consume and know to question it. On the contrary, the desire to be the first with a story, not thinking before speaking or publishing, and the viral tendencies that accompany the rise of technology and social media are all contributing factors to the seeming normality of discriminatory language used in the media.

So, what do we know, and what we do about it?

Racial discrimination can be defined as any action based on a person’s racial, ethnic, or national decent obstructing that person’s enjoyment of any human right or the freedom in any field of public life.

While legal response can vary from state to state, the Racial Discrimination Act (RDA) of 1975 has been called upon in many different legal cases across the country.

Who Can Use the RDA?

Anyone who has been denied any right allowed to another person based on race, colour, nationality, or ethnic origin can use the RDA.

What Must Be Proven?

The act against the person must be done for two reasons, one of which must be based on race, colour, nationality, or ethnic origin.

If a discriminatory comment is made in a publication, radio interview, or news broadcast, the news corporation, the radio station, television station, shop selling or displaying the content are all potentially liable. Furthermore, such as in defamation cases, any person sharing the stories online is also considered potentially responsible.

The Racial Discrimination Act does not apply to conversations “held in good faith.” This means, if a group of people is having discussions surrounding i.e. multiculturalism, and it is understood the motives behind the conversation and things being said are not malicious nor they intended to infringe upon the rights of people present.

Other situations when the RDA is not applicable include when the conversation is in a setting where academic, artistic, or scientific discussions take the form of debate or publications that concern true public interest.

The Racial Hatred Act (RHA) was introduced in 1995 as an extension of the Racial Discrimination Act released 20 years previous.

RHA and RDA vs Defamation:

The RHA and RDA allow groups of people and corporations, not just individuals, to sue for damages where defamation laws only allow the latter.

Cases in the Media:

There have been many cases in the media when the Racial Discrimination Act was cited. A recent, notable incident is the case filed against Andrew Bolt, an opinion article writer for the Herald Sun. According to a 2011 article covering the situation from ABC News, a group of Aborigines sued Bolt under the RDA for articles he published in 2009 regarding aboriginal people.

The prosecution alleged that Bolt’s articles were targeting and stereotyping aboriginal people with light skin. According to testimony, the articles suggested only people with two aboriginal parents are considered legitimate, discounting any experience by people who do not fit that description. Bolt’s lawyers claimed his articles held his genuine opinions and they were of public interest. This argument cites Section IIA, part 18D, subsection c of the Racial Discrimination Act.

Bolt was later found guilty of breaching the Racial Discrimination Act because his articles were not written in good faith and contained factual errors.

In these cases, such as the one with Andrew Bolt, the line between the idea of free speech and discriminatory language is seemingly quite thin. Many argue the ruling against Bolt infringes upon a journalist’s idea of the right to free speech, despite there being no explicit laws regarding freedom of speech and the press. People also argue cases like Bolt’s limit honest discourse regarding multiculturalism.

One must be constantly aware of the words and phrases used in their writing. Cases against journalists involving racial discrimination can be career ending. The fear of prosecution should not be the only deterrent for using discriminatory language.

Things to Watch Out For:

If you are a journalist reporting on i.e. an anti-Muslim rally, quotes and comments ought to be attributed to specific sources. This step clarifies the statements and opinions being expressed are not those held by you or your employer.

Make sure the report is relevant to the situation and what took place. It must be accurate to the best of the ability and knowledge of the reporter. Objectivity is of the utmost importance in these cases. It can be argued that true objectivity is impossible to attain; however, ornamental language and elaboration on the facts can be considered vilification.

While reporters and journalists are, in some cases, allowed to insert their own opinions and views on a situation, extra care must be taken to avoid those statements being deemed abusive or discriminatory. As long as the reporting is done in good faith, and the facts upon which your opinions are formed are made clear, then it can be considered a genuinely held belief and protected under exemptions outlined the RDA and the RHA.

To minimise the risks associated with discriminatory language in reporting:

a. Make sure you report on the facts of the situation, not your personal beliefs

a. If the situation and context in which you are reporting calls for your personal opinions, clarify the facts your views are based on.

b. Attribute comments and quotes to those who make them

a. Know and understand the context in which comments are being made. Are you having a discussion on racial discrimination with an understanding of good faith or is it a situation with the intent of doing harm?

a. Understand the impact your comments, writing, and actions have upon your audience

Hannah Tooley is a third year advertising and journalism student at the University Oregon, follow her on twitter @Hannah_Tooley.