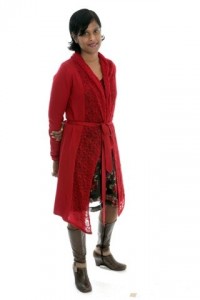 One of Farah Farouque’s biggest challenges in a deadline driven workplace is to meet those deadlines. It is under this kind of pressure that she is at her best. She admits wryly ‘I am not too sure that that’s healthy but that’s me.’

Farouque started out as a cadet journalist at The Age in 1992 and soon after was sent to Canberra to work as a political reporter. During this time she worked closely with Michelle Grattan, a journalist whom she had always admired. After four years as a political journalist in both Canberra and Melbourne, Farouque’s interest in politics became focused on the social aspect of policy implementation. With a background in Law and Arts, Farouque has a strong social conscience, which is demonstrated by the types of stories she covers. Farouque worked for a time as The Age’s Social Affairs Editor in addition to her role as a reporter but found she preferred to her main concentration on the ‘hurly burly’ of reporting. Farouque still stands in as an editor occasionally but has no strong desire to enter the editing stream full time, as she tells Vivien Durant: ‘I enjoy being a senior writer and a working journalist.’

Why did you decide to pursue a career in journalism?

I studied Law and Arts at university with a major in History and Politics. I started out life wanting to be a lawyer but I realised that maybe the law can be a little narrow so even though I finished both, midway through the degree I decided that I’d like to go into journalism. I was really intent at that point in going into the press gallery and being a political journalist. It shows your focuses can really change because now, eighteen odd years later I am not a political journalist but I did achieve my ambition fairly early on.

As a senior writer, do you have much freedom with your choice of story?

I have a very broad brief; I work on feature articles and some news articles. I became very interested in the police shooting of 15-year-old Tyler Cassidy. When the death happened in 2008 I had come off the social affairs area but I always had a strong interest in children’s rights. Even though it was a police story, I became involved in covering it and followed it from the start, securing the first interview with Tyler’s very angry mother. I maintained the relationship with the family and so it seemed a natural conclusion to cover the inquest. It was a real opportunity to follow things through. I have had feature articles out of that, some news stories and a breaking news story about the four police who were involved in the shooting and plan to pursue the theory that it was suicide by cop.

How difficult is it to maintain objectivity in cases such as Tyler Cassidy’s where emotions are running high on all sides of the story?

I got to know the family and of course they were very passionate advocates for their son as they should be but they came to rely on me as someone that they could talk to in the media and that was a productive working relationship. However, then I was covering the inquest and obviously I can’t be aligned to any particular interest. I am a journalist as I explained to them and I am not an advocate, I am not part of their legal team and so I had to cover each day as it came, but I hope I did that fairly and professionally. You might have your personal opinions about the way things work out but if you are covering a court story in particular you have to be straight down the line.

You’ve been at The Age since the early ‘90s. What change have you seen there  in that time?

I entered the media during the recession of the early ‘90s in not a particularly good period for Fairfax. I entered knowingly and obviously there have been very dramatic changes, the onset of social media and the extraordinary migration to the online world. The medium is changing, and the fast liquid nature of new media sometimes means that serious things can be ignored. I still think there is a public hunger for stories and ideas and I think that the essential role of the journalist will remain but the question is the model that will pay for it and that’s not been resolved.

You cover a range of important social issues in your articles. Does it ever overwhelm you?

I think you have to be emotionally tough to sustain yourself in journalism. I’ve witnessed some really traumatic things. I have covered the [Boxing Day] tsunami and I’ve been in the aftermath of the Bali bombings and then here, countless other difficult stories and tragedies. Of course it’s not your tragedy it’s their tragedy but you can’t help being affected by that. What I’ve been struck with is the generosity of people to share their stories in very difficult times, sometimes individuals are very trusting and it’s a very valuable commodity they offer to you as a journalist, their trust. So I hope I’ve honoured their trust and been ethical in my conduct.

Would you say that the Boxing Day tsunami when you went to Sri Lanka was your most difficult assignment?

Yes, but it was a real adrenalin assignment. There’s awful trauma and loss that other people suffered but it’s also, and if this doesn’t sound too horrible, exciting. I was born in Sri Lanka but my family migrated when I was a kid, so I didn’t really have any deep knowledge of Sri Lanka. I was really just like any other western journalist going there, but probably a little more culturally sensitive because I was a bit more familiar with the circumstances of Asia. As a journalist I love nothing more than attempting and hopefully succeeding in rising to the challenge, so it was exciting, it was tragic and it was a real test of your journalistic skills.

Do you feel that the things you write about can make a difference?

Yes, I think that issues when you take them up and explore them can make a difference and can have an impact on Government policy or highlighting inequities. We’re a broadsheet journalist outlet so obviously our market isn’t as large as say that of the Herald Sun or the Daily Telegraph but we can still make an impact because our paper is read by people of influence and the media is very powerful in our society. There is no doubt that media has an enormous effect on the political cycle, on people’s opinions and not just that, the print media let’s face it, is a repository for the broadcast media in many ways.

You’ve reported on politics, business, the law, arts and ethnic and religious affairs. Which do you feel are closest to your own interests?

I think being a journalist you have to have a broad range of interests. I have specialised in social policy and previously in politics but I have always retained an interest in arts, culture and law. It is good to have eclectic interests.

In three words can you describe your journalistic style?

Vivien Durant is a Master of Global Communications student at La Trobe University. More details about the Working Journalist project can be found here.