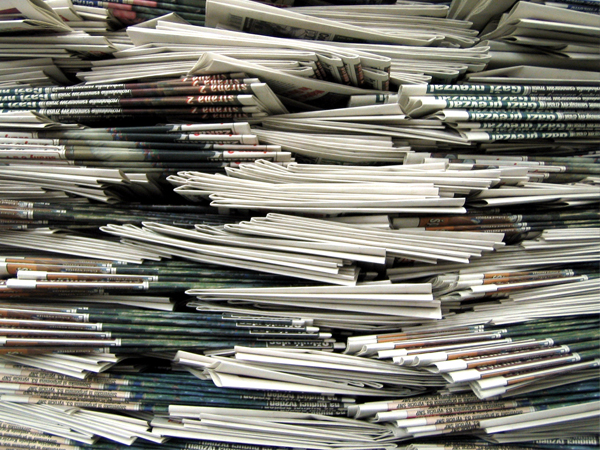 During 2012 the media faced a higher level of scrutiny with the News of the World phone-hacking scandal reigniting the debate about media regulation around the world.

Australia has stood up and taken note and has released not one, but two separate inquiries into media regulation.

The findings of the Finkelstein Report  and the Convergence Review were released almost immediately after one another, and while both reports suggest change needs to happen, they go about it in different ways.

What is wrong with the current system?

Currently there is no singular authority that oversees all media platforms in Australia. The regulation of the media is currently overseen by the Australian Press Council or the Australian Communications and Media Authority depending on the platform. However, it has been widely argued neither has any real power and are somewhat toothless tigers.

The Australian Press Council receives complaints from individuals or groups about print media. If the complaint is upheld, the Press Council will try to make the offending publication print an apology.

However, in the book Media, Markets, and Morals, Edward Spence et. al. argue the Press Council is less than perfect.

‘For example, it depends on members of the public making complaints, rather than having the capacity itself to detect and act on breaches.’

The Press Council is also unable to hold media organisations accountable to its set of guidelines, nor is it able to enforce media outlets to uphold their own set of ethics. This is seen as a major flaw by the Press Council’s detractors.

The Press Council is reliant on newspaper editors and publishers to voluntarily admit their own mistakes, as it does not possess any legal or legislative power to punish offenders.

They also rely on newspapers and magazines to sign up and fund the Press Council. This means print media organisations have the option of whether to pay for their own watchdog or not.

Despite all this, media organisations have complied with all judgements made against them by the Press Council.

The Australian Communications and Media Authority

ACMA has slightly more power than the Press Council, however it too is far from perfect. Whilst ACMA has the ability to force sanctions, its processes are often criticized as being extremely drawn out.

In the Finkelstein Report, it is noted, ‘ACMA’s processes are cumbersome and slow’ and, ‘if legal proceedings against the media are called for, they are protracted, expensive, and adversarial.’

More importantly, ACMA only comes into play when a legal wrong has been committed, not when there are ‘complaints about inaccuracy and unfairness’ which happens far more frequently.

How this can be changed

So as you can see, whilst some of the media in Australia is regulated, there are large parts that aren’t. In fact if the print media didn’t sign up to the Press Council and fund it, there is a very real chance that it would not exist. The real kicker however, is that any sanction placed on a media outlet by one of these bodies is not legally enforceable. This is what the crux of the issue seems to be; the introduction of a singular body with legally enforceable powers to watch over Australia’s media and ensure fairness and factuality in journalism.

What the Finkelstein Report recommended

The Report of the Independent Inquiry into the Media and Media Regulation, more commonly known as the Finkelstein Review, came to the conclusion that the current system for media regulation is inadequate to properly ensure accountability in the Australian media.

What the Convergence Review recommended

The Convergence Review also recommended replacing ACMA and the Press Council with an independent third body, yet had different ideas to the Finkelstein Report on how to do so.

The Convergence Report wants the independent body to be self-regulatory; much like the Press Council is at the moment. It would be partially funded by its members, and the rest of it would come from the government.

To avoid the problems that the Press Council has in getting members to willingly sign up, the Convergence Review recommended having certain perks and benefits that are only available for members. According to media academic Margaret Simons, some of these benefits may include access to protection under the ‘shield laws and whistleblower legislation’, but that would only come after numerous changes to current legislation. The report also suggests that the news standard body have a range of different sanctions and the power to enforce them.

Won’t this statutory body impact the freedom of the press?

As the Finkelstein Report says, ‘the establishment of a council is not about increasing the power of government or about imposing some sort of censorship. It is about making the news media more accountable to those covered in the news, and to the public generally.’

What will happen next?

Unfortunately we are not any closer to knowing exactly what will happen. According to Margaret Simons it was hoped the debate about media regulation would arise in parliament in 2012.

With that being said, it would be seen as an enormous waste of time and money if the government didn’t adopt at least some of the recommendations from both reports. The Finkelstein Report and Convergence Review both suggested that the introduction of a statutory body to oversee all media was a good idea, and it is highly likely that this will come to fruition at some point in the near future.

These reports have come at a time when trust in the media is extremely low, newspaper circulation is on the decline, and controversies involving media performance are not uncommon. It’s hoped that with the introduction of an independent body that solely focuses on fair, accurate, and transparent journalism that the media can begin to claw back some of its trust that it’s lost in the past few years.

Paddy Naughtin is a second-year Bachelor of Journalism student at La Trobe University. Follow him on Twitter: @PaddyNaughtin.