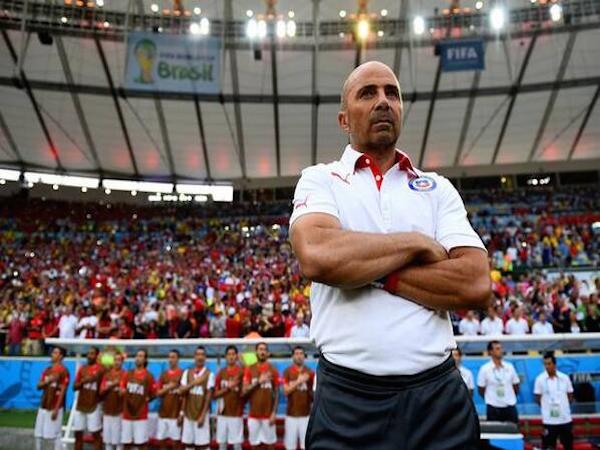 It has been a World Cup like no other.

Goals and upsets have come in abundance, creating a high-level viewing experience for not just those fortunate enough to be in the stands in Brazil, but in living rooms and fan sites around the world.

Almost each game has been as enthralling as the last and the achievement of ‘lesser’ nations has made headlines constantly. Upset results occur at every edition of the tournament, but this time the sheer number of surprising scorelines can’t be considered a once off.

Central American nation Costa Rica has been the talk of the group stage. An incredible second-half saw it trump a Luis Suarez-less Uruguay in their first match, but it was still expected to be eliminated at the earliest possible cut.

This was until it shut out Italy and a Bryan Ruiz header on the stroke of half time proved to be the match-winner in their next game.

The emerging South American nation of Chile was different to Costa Rica in the sense they were built up to have the ability to surprise a group that features 2010 finalists Spain and Netherlands. But they are already in the next round after knocking off the reigning champions. They will advance ahead of Netherlands by beating them directly, something the world is now talking about as a real possibility and no longer a surprise.

A comparison of these two nations’ squads, football history and financial investment with their direct opponents in Brazil represents an undeniable gap in class, but the two Jorge’s, Pinto and Sampaoli, have left the old adage of ‘the game isn’t played on paper’ reigning supreme.

But can the results be brushed off as managerial genius, the end of an era for their opposition or perhaps a touch of disrespect from the ‘better’ sides?

Perhaps, but there has got to be more to it than that.

The ability to view almost every domestic league fixture, from anywhere in the world almost on demand, or individual player highlights online with a few clicks of a track-pad means even the part-time supporter is able to see what a player plying his trade up front at Old Trafford in Manchester or on the wing of the Estadio Nacional in Santiago is capable of.

So too, then, can the football directors, assistant coaches and senior managers of these ‘lesser’ nations. Video tapes of rival team games stacked up in the gaffer’s office are perhaps a characteristic of yesteryear’s manager.

The coverage that today’s football receives means every step-over, every touch left or right, every pass off a non-preferred foot or the weaker diving direction of a goalkeeper and every other aspect of a team is no longer a secret to the opposition.

Sampaoli himself is said to have studied thousands of videos of Spain, the Netherlands and Australia in the lead-up to the World Cup.

Perhaps this level of coverage edges Lionel Messi and Cristiano Ronaldo ahead of past players Diego Maradona and Pele as the greatest of all time, because defenders know what’s coming at them. But that’s a different argument altogether.

Today’s football manager can fine-tune his side to counteract the other so that nothing remains a surprise. So, the top well-versed managers can, as evidenced by this World Cup, almost succeed (and ‘surprise’) with whatever is at his disposal.

Costa Rica and Chile haven’t been the only nations to surprise in Brazil, either.

Algeria was a good match for the highly-fancied Belgium. Iran were the fingertips of Sergio Romero and a few inches less space for Messi away from a famous point against Argentina. Mexico got a result against Brazil despite qualifying for the tournament behind Honduras. Meanwhile the lowest-ranked nation in Brazil, Australia, was tactically spot-on in each of their games and were unlucky not to pocket at least a point during the group stages.

This sort of thinking doesn’t discount the ability of the players representing these nations, either. If anything, it strengthens the reputation of the league in which they ply their trade. The riches are on offer across many parts of Europe, but this World Cup has also been an advocate for the league’s not favoured by a global audience.

Chile’s squad, despite being stronger, has five players from the Chilean Primera Division, with a further three who are based week-to-week in Brazil’s Brasileirao.

14 of Mexico’s squad contest the Liga MX, while six Australians play in the emerging A-League.

Each of these competitions, it seems, is capable of housing talent that can not only compete, but defeat the ‘better’ nation’s in world football.

The men in charge of, and the players with the ball at the feet of these ‘lesser’ nations, deserve all plaudits that have come their way and continue to do so.

But the global and technological reach of today’s game means the surprising upset result is dead.