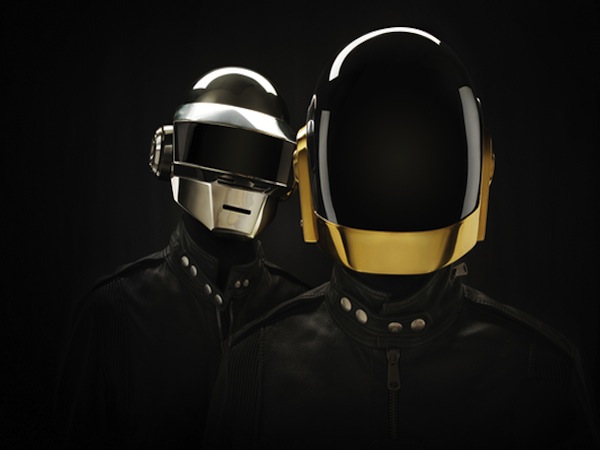 Wee Waa: you can hardly be blamed if you hadn’t heard of the small agricultural town before. But Daft Punk’s latest album, Random Access Memories, led thousands of fans to descend on the northern New South Wales town to listen to the album for the first time last Friday. So what is it about Daft Punk that has people willing to drive for hours to hear their latest songs? It seems that the French duo’s costume is an integral part of their image.

Guy-Manuel de Homen-Christo and Thomas Bangalter are the heads under the helmets. The duo’s helmets and stage attire are designed by fashion house Yves Saint Laurent.

The collaboration of Daft Punk and YSL form part of Saint Laurent Music Project. Other co-collaborators include Courtney Love and Marilyn Manson.

The Daft Club provide an overview of the band’s changing style throughout their career.

Artists taking a fashion stance isn’t a new thing. Daft Punk’s image has becomes synonymous with their music. I remember seeing the band in an intricately coloured techno pyramid, and still wearing their helmets. They were, for me, two men who wore helmets first and foremost. Their music came after.

While Daft Punk still don’t appear on stage without their helmets, in their latest album the band have gone for a more-human approach, featuring nine collaborators whose faces are known to the general pubic.

While headgear may not be for all of us, what is it about de Homen-Christo and Bangalter that makes it work? It’s about a sense of great music. Daft Punk bridges the gap between the song and the singer. Their songs contain hints of a human element behind music that can only be superhuman.

Bangalter told The Observer that the helmets are there to add to the story.

“The robots are part of the fiction and it’s not really interesting to see what’s behind it. When you look at C-3PO and Darth Vader and then look at the actors behind them you can’t really make the connection. It kills the magic. I feel the robots are the same.”

De Homen-Christo added that for Daft Punk, the music is central.

“We don’t actively try to feed people and annoy them with what we’re doing. We are not craving to be known. If we don’t have this or that we are fine. You have to be self-content. The art is the first and only priority.”

Indeed what is it about modern-day musicians that makes us open our eyes as well as our ears and take equal notice of their appearence? Simply put, it’s about presenting a complete image. Case and point: Lady Gaga. Whether she’s on stage or on a red carpet, Lady Gaga elicits responses to her outfit of choice. For some, the music is secondary to her sense of style.

Cross-categorisation is seen almost everywhere: musicians releasing perfume, footballers promoting cars, actors selling skin cream. The greatest driving factor in the emergence of multi-layered talent is the internet. Once, celelbrities arrived at a venue, did their gig and left, leaving behind the fans and the media. There wasn’t the constant watching eye that exists today.

This is a motivating factor for Bangalter to keep his helmet on.

“Usually, the 24-hour, high-maintenance celebrity lifestyle can disconnect people from reality. And after a band has been making records for 20 years, they’re not doing the most interesting s**t because they fall into this bourgeois, successful, settled existence,” he told Pitchfork.

Musicians have become more than just voices on radio. They are now a complete package that is analysed in Big Brother-esque style. Bangalter told the Sydney Morning Herald of the power that comes with a hidden identity.

“That’s just the nature of things: if you don’t communicate that much, when it happens people tend to notice more.”

When it comes to Daft Punk, it is not only their music, but their secretive life which motivates people to drive for hours.