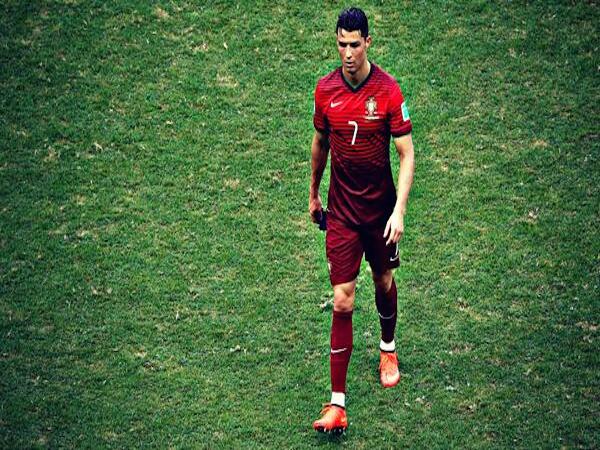 If Portugal and Uruguay’s respective opening group defeats showcase anything, it is that the World Cup can unearth a team’s biggest flaw.

Yet few would have expected two countries of this caliber to falter so early.

Portugal received a dressing down from a rampant Germany, as they slid four past the Portuguese – three in the first half – in Salvador on Monday.

While a few days prior, Uruguay did little to rubber stamp their aspirations of potential success on South American soil; going down in a burning heap to a fast-finishing Costa Rica.

It was a calamitous start for both nations, whose World Cup rankings (Portugal No.4 and Uruguay No.7) would have suggested a more competitive opening in Brazil.

So where, and how, did it all go pear-shaped for two of world football’s major forces?

Was it an ill-disciplined headbutt from Portugal centre half Pepe, which subsequently reduced them to 10 men?

Was it, as suggested by Portugal coach Paulo Bento, a case of ‘referee bias’? As Thomas Muller put the Germans 1-0 up after Mario Gotze was awarded a penalty.

Did Uruguay underestimate Costa Rica and allow their less fancied opponents back into the contest through complacency?

All are plausible explanations. However ultimately another, more concerning truth, looms large.

Following their loss to #GER, Klinsmann reckons #POR are a “more dangerous team than before,” http://t.co/DeNcpTKS8B pic.twitter.com/A7Z6fCyzMX

Both these teams share the same, proverbial, chink in their amour, in that they, at times, rely too heavily on the output of a lone star.

For A Seleção, this comes in the form 2013 Ballon d’Or winner Cristano Ronaldo, who had his colour’s considerably dimmed by the well-oiled machine that is Germany.

Meanwhile the Uruguayans were exposed against Costa Rica, when unable to defer to the explosive forward Luis Suarez, due to injury, to make an impact.

However recent World Cup history would not suggest relying on a star player is the most effective method to progress to the tournament’s bookend.

It would be folly to argue these teams were completely devoid of superstars, but they certainly had more than one to call upon when necessary. Indeed, the triumphant 2006 Italian squad laid claim to eight individual scorers – Marco Materazzi and Luca Toni the only two players to net twice for the Azzurri.

Not since mythical talisman in, first, Pele, and decades later, Diego Maradona, has the world witnessed a player almost singlehandedly write themselves, and a nation, into World Cup folklore.

It would be unfair and unreasonable to expect Ronaldo or Suarez to reach such stunning heights. But this is the realm of the truly great.

It’s not a complete disaster as yet for Portugal or Uruguay, but one more misstep will almost certainly lead to curtains in Brazil.

Portugal’s second fixture against the USA now shapes as a must-win for Bento’s men, after a late winner from John Brooks sunk Ghana and secured all three points for the Americans.

However, as mentioned, Portugal will have make do without veteran defender Pepe due to suspension. They will also be forced to make further changes following injuries to Fabio Coentrao and Hugo Almeida.

The absence of Pepe and Coentrao is particularly troublesome, with the back four bound to become particularly fragile.

Uruguay will be buoyed by the return of Suarez up front to partner Edison Cavini, with the 27-year-old set for a return to play villain against England – where he plays club football for Liverpool.

They haven’t left themselves any wiggle room whatsoever, but Portugal and Uruguay will trust a birth in the knockout stages is still not beyond them.

However barring something spellbinding from their respective champions, World Cup glory, for the moment at least, seems utterly unattainable.