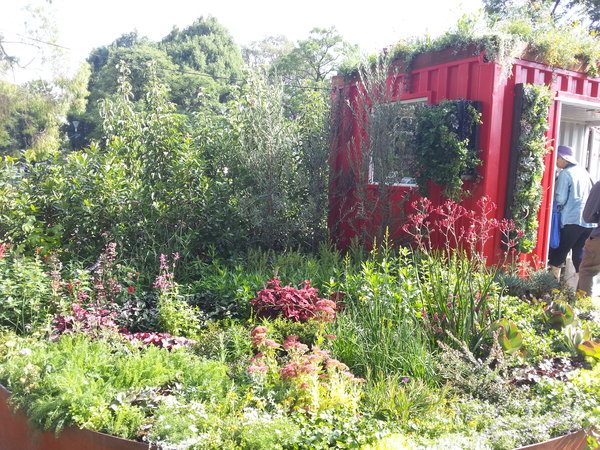 Urban rooftop gardens are becoming increasingly popular in countries around the world, with Germany, The United States of America and Canada setting the trend. Urban cityscapes or ‘concrete jungles’ are slowly incorporating more vegetation into their rooftop and wall designs, which provides a number of health benefits.

It’s these benefits and more that begs the question; can urban rooftops be used for anything more than just green gardens?

The answer is yes. New York is utilising urban space to full effect for the growth of local produce, so how can Australia?

Dr Claire Farrell from the School of Land and Environment at Melbourne University elaborated on just how good America are in producing productive rooftop gardens:

“America is a great proponent of productive green roofs and many roofs in New York are set up to be veggie box schemes,” Dr Farrell tells upstart.

“You subscribe to a veggie box garden and that’s where all your vegies come from for the week.”

In a garden that overlooks Manhattan Island from across the East River, a farm has never sounded so uniquely urban and picturesque. This idea is catching on in Melbourne to some degree, with the recent growth in popularity for Rooftop Honey, an urban bee keeping venture popping up in a number of locations across Melbourne, including Federation Square.

But although Melbourne is seeing Rooftop Honey take off, is the city viable for urban farming or veggie box schemes? Dr Farrell says it’s possible, but perhaps we should lower our eyes a bit first.

“New York doesn’t have much ground space, whereas Melbourne however has a lot of ground level parks and gardens.”

Whilst New York is lacking in open urban spaces making the rooftop idea necessary for the growth of these crops,  we could better utilise our open spaces.

“For Melbourne it’s a nice thought, but it’s probably not as essential as just growing it at ground level,” says Dr Farrell.

Apart from providing a number of benefits for the urban community, rooftop farms have some further issues that need to be considered before being made.

“You can do it, but it’s a different sort of benchmark to normal rooftop gardens. If you want to grow food you’re going to have to have higher irrigation and higher nutrient demands, which may diminish the benefits for storm water. You don’t want to make the storm water lose quality because you’re growing the plants with fertilisers.”

Even if Melbourne doesn’t necessarily need to grow produce on top of buildings, basic green rooftops would still provide plenty of benefits for our city. Farrell believes the future of rooftop gardens in Melbourne is bright and definitely “growing”.

“I know that’s a terrible thing to say, but I think people love them once they find out about them and how they work.” Dr Farrell says with a smile, realising the pun.

With this in mind, the only way to continue the push for greener rooftops is for people to find out about them and experience their unique ambience for themselves.

Anyone interested in the development of sustainable rooftop gardens are encouraged to get involved. Check out this new Specialist Certificate in Green Roofs and Walls that The University of Melbourne is offering.