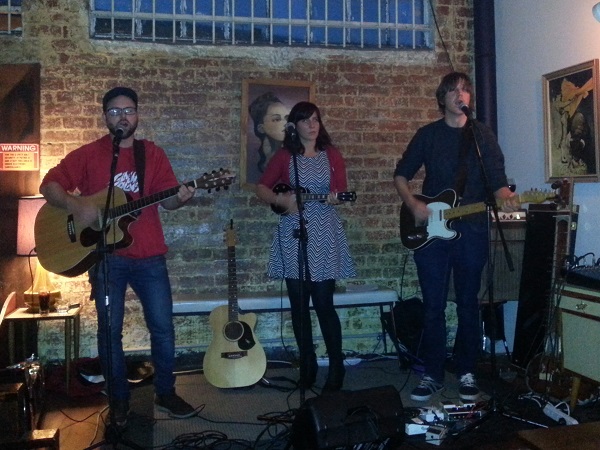 The live scene has been part of Australian culture for generations as the most common form of entertainment in local clubs and pubs, but the evolution of digital music is affecting the industry in ways that may surprise you.

The emergence of the Internet, as well as mp3 digital formats, changed the music recording industry forever. There is no escaping the fact that through the development of various technologies, a digital music bias has become the symptomatic normality for Gen-Y youths.

Reports by the International Federation of Phonographic Industry (IFPI) show that physical sales of recorded music peaked in 1999 before falling into a rapid decline, coinciding with the skyrocket increase in digital music sales. Globally, physical music sales went into a freefall from 2005 to 2010 and, although this decline has now stabilised, physical sales are still decreasing at around 7% per year.

In Australia, the annual sale of digital music has been steadily increasing since 2005 and was reported in the IFPI’s latest report as accounting for just over 46% of all industry sales. 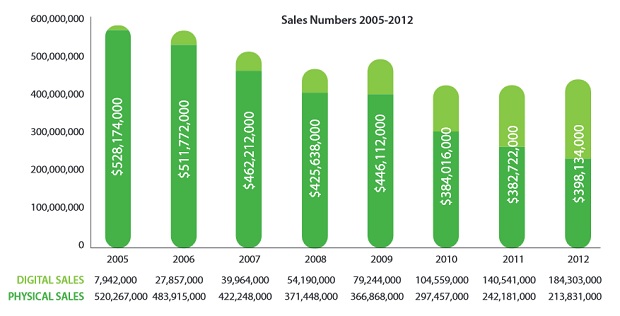 Digital downloads have now become a main source of revenue within the music industry, but digital file-sharing sites have always presented a problem. These sites have been vilified not only for illegally distributing music, but also as a medium that encourages younger generations to download music rather than attend live shows.

31 year old Kat Winduss has played in Vicuna Coat for 13 years and believes that the appeal of live music gigs has been somewhat lost on a majority of today’s youth, resulting in a generational gap.

“Nowadays, the scene predominantly tends to attract those in their late twenties and early thirties, particularly amongst people who are into eclectic and multi-genre styles of live music,” Kat tells upstart.

Kat describes the current local live scene as a non-exclusive, yet semi-niche group of musicians and fans who support their peers and each other’s music.

“With the smaller scene a lot of it is reciprocal – you go to my gig I’ll go to yours, that sort of thing. It’s kind of like a snowball gathered crowd, where audiences of one band will go and support performances by friends of the band and vice versa.”

Vicuna Coat has previously released a CD, but in the near future the band will probably follow suit with the growing number of small bands who are opting to release their music on vinyl. It seems that while younger generations are partial to digital music, a hipster rebirth is enticing older generations back to the richer sound quality afforded by vinyl.

According to the IFPI, vinyl production has gained popularity within key markets over the last few years however, vinyl sales still only account for a small percentage of the overall industry revenue.

The limited number of operational processing plants can often cause delays in the production process. For some music-lovers however, it’s worth the wait, as most vinyls are now produced in limited numbers and can feature special colours or designs on the record itself.

In contrast to the timely production of vinyl, the evolution of digital music technology has made recording and distribution more accessible than ever for artists.

Christian Bianco owns and operates Easy Tiger Recording Studio and co-owns The Thornbury Local, a Melbourne pub which regularly features live local music. Christian believes the advances in digital technology have had a positive influence on his recording business.

“The advances in music technology mean that artists can record without big budgets and then promote themselves digitally through music social networks. It has also enabled the smaller recording studios to arise. Now we can record at very high standards without having to spend hundreds of thousands of dollars on equipment,” Christian tells upstart.

As the long-standing owner of a local venue that supports live music, Christian has watched the scene transform over time and believes this could be due to a number of reasons.

“Live music is not as popular as it was 15 to 20 years ago. There is definitely a different trend at the moment which may be a cyclic thing, or it could very well be generational. It feels like the live scene is not as mainstream at the moment,” he says.

“It hasn’t helped that pokies have infested our once popular live music venues. Melbourne had such a strong live music scene until the pokies came in and it’s taken about 15 years to change the live music culture.”

In the great battle between digital versus live music, what it really comes down to is personal preference and taste; whether you’d rather be engaged in the vibe and atmosphere of a live gig or blissfully tuned out listening to an mp3 player.

The presence of digital music is bound to become the preferred choice for those who like its easily accessible nature; and, in spite of the apparent generational gap that has appeared in the current live scene, this is also likely to vary as younger generations get older and learn to appreciate the immersive and social atmosphere that cannot be provided by digital music.