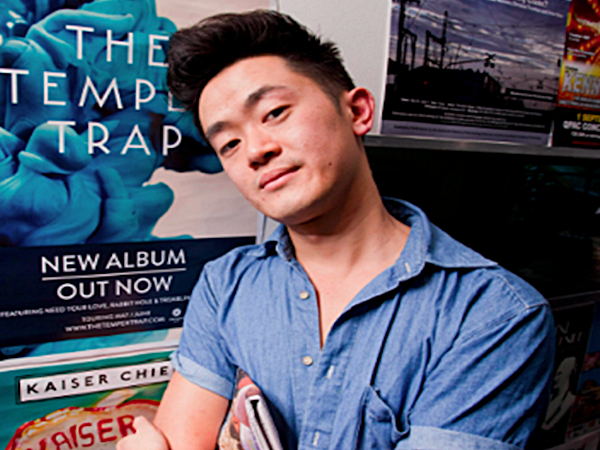 Benjamin Law is a self-proclaimed “double-barrelled minority” – a gay Asian. He is best known for his hilarious works in publications such as frankie, The Monthly, The Big Issue, Qweekend and Crikey.

Law is the epitome of a hardworking writer who started at the bottom and worked his way up. Learning the ropes from a young age, he wrote for local music magazines, then moved on to newspapers, before graduating to glossy magazines and weekend supplements. 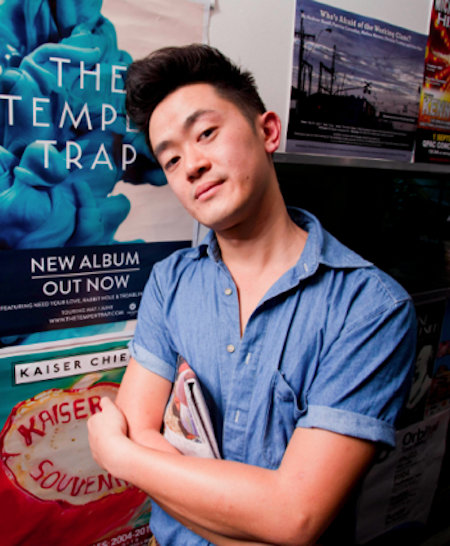 Despite being good with words, he confesses with a chuckle, “I don’t think I always wanted to be a writer, when I was younger…[I wanted] to be a Logie award winning actor.”

As a teenager, his greatest goal was to be on the soap opera, Home and Away. “The fact that none of them were Asian didn’t seem to register at the time,” he says.

Law might not have won any Logies but he has been short-listed for The Australian Book Industry Awards for his debut book, The Family Law.

As a freelance writer, he is keen to try new things, gain more experience, and not let anything get in his way.

In order to challenge himself to be a better writer, Law constantly asks himself: how can I write something better than last time? The desire to improve, coupled with sporadic bursts of self-belief, are what keep him going.

Although Law always knew he was good at writing, he admits it wasn’t always easy.

While doing research in Burma for his most recent book, Gaysia, he interviewed HIV-positive male and transgender sex workers.

In Mumbai, he was struck by severe gastritis and spent quite a bit of time in a public toilet. “I was shitting myself to death,” Law says.

Needless to say, he has learned to embrace odd situations.

“When you’re a writer, it almost makes you immune to bad things…or it doesn’t make you feel as bad…because you think, at the very least I’ve got a good story to tell,” he says.

“I’m still young enough to feel a little bit blasé. I think to myself, how bad can it possibly be? The luxury of being a writer who is parachuting into a foreign situation is, you get to leave.”

Law is naturally articulate and downright honest. He offers this advice to writers: “Keep writing. When you haven’t exercised that muscle in a long time, you lose that muscle tone. It’s like exercise, except you get worse posture.”

“To be a good writer, you have to be a good reader. Find opportunities, pitch to as many publications as you can…[and] be a part of your writing community.”

Law is currently working with Matchbox Pictures to develop the TV adaptation of The Family Law.

“It’s sort of heartening that anyone – especially Matchbox – but anyone was interested in the book at all because it’s quite an unusual book,” he says.

“It’s not just the ethnic element but so much about it – the pretty warped sense of humour that my family has – It’s an unconventional story.”

As I shake Ben’s hand and say my goodbyes, I realise just how much twenty minutes can change a person. He really is a ‘Law’ unto himself.

Kamara Bogoda is a second-year Bachelor of Strategic Communication student at La Trobe University and upstart’s deputy social media editor. You can follow her on Twitter: @Kamarabogoda

Photo taken by Paul Harris and provided by Benjamin Law.