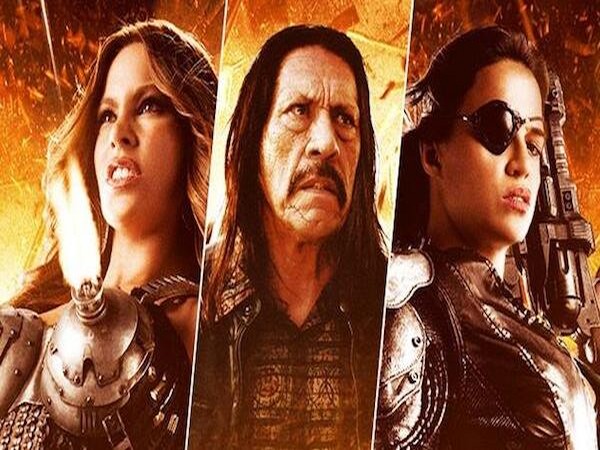 Dismemberment, disembowelment, and decapitation are only a few of the things you can expect to see in Robert Rodriguez’s latest addition to the Machete franchise, Machete Kills.

Killing is all Machete does in this 108-minute gore fest that is just as violent and over-the-top as its predecessor. Subtlety and a strong plot – and anything else resembling good taste – left the building long ago.

Machete Kills has no delusions about what it is: a B-movie that plays it up for fans either reliving bad action films from the 1980s or experiencing it for the first time.

If you’re into that sort of thing then this is the movie for you – but Machete Kills makes no apology for its focus.

Those indulging in some nostalgia will notice several references, whether intentional or not, to other movies that may cause a slight smile.

There’s the heart monitor kill switch from Spawn, the strap-on shotgun in From Dusk Till Dawn and the frozen in carbonite scene from The Empire Strikes Back.

As is usually the case in B-movies, the world is in trouble and only one man can save it: Machete.

The ex-federale is hired by the US President, played by Carlos Estevez (Charlie Sheen going by his birth name), to stop the apocalypse from being unleashed by the madman Mendez (Demian Bichir). Along the way violence and a rapid succession of cameos ensue.

The laughs die fast early on in the movie but are soon replaced by an abundance of cleavage and explosions. Unfortunately, none of this makes the movie as fun as it sounds.

It’s hard to tell which actors were hamming it up on purpose and which had just given up caring. Mel Gibson, however, gives an enthusiastic turn as the villain.

Demian Bichir is the other notable actor giving it his all in this lunacy. His portrayal of a schizophrenic terrorist bordered on over-the-top but he seemed to be enjoying the role. At times, his performance was entertaining but it was unsustainable throughout the whole film – a criticism that could be levelled at the entire project.

While Machete’s first outing was entertaining, the second time around it’s just tiring.

Robert Rodriguez, the writer, director, editor and cinematographer of the movie, once gave us El Mariachi and Desperado – a far cry from his latest production.

Machete Kills has very few redeeming qualities and should have been relegated to direct-to-DVD long ago.

Rameez Abdeen is an upstart contributor and third-year Bachelor of Journalism student.  You can follow him on Twitter.