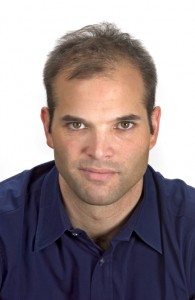 ‘Oh yeah, definitely,’ laughs Matt Taibbi, political reporter for Rolling Stone USA, jovially down the line when I talk about the problem of deciphering time differences (it’s Saturday in Melbourne but Friday night in New York, where Taibbi is based). ‘I know what you mean,’ he continues affably. This approachable, open demeanour goes on to define my interview with Taibbi, who has been labelled as something of an outlaw in the world of political and financial reporting. His pursuit of veracity in the wake of the 2008 financial crash led him to write a string of compelling and gutsy articles denouncing Wall Street, most notably in ‘The Great American Bubble Machine’, where he infamously called Goldman Sachs a ‘vampire squid’, sucking money out of America to line its own coffers. His landmark 2010 book Griftopia exposed the crash as the result of a maniacally greedy and criminal Wall Street, not the simple free-market accident that their PR machine tried to sell the public.

Above all, his plain speaking and trademark snappy style makes what is often highly confusing subject matter readable and engaging. Along with prominent writers such as Michael Hastings and Mark Boal, he has ridden a wave of hard-hitting Rolling Stone exposes that have seen the magazine revive its reputation as a serious political publication. So how did a lad growing up in the suburbs of Boston set the American journalism world on fire? Perhaps it’s best to start at the beginning …

How did you become a journalist?

You’ve said that working in Russia gave you ‘total freedom’, in the fact that you weren’t tied down by the same sorts of constrictions that journalists in the States were.

The style in Russia is a little different than the Western news reporting style. They really stress, say, reporters having their own first-person narrative style, and I think the idea there is that readers are really encouraged to connect with reporters on a human level as characters, so that you know where the information’s coming from, whether you trust it or not. That’s a system we don’t really have in the States, and I definitely have brought a little bit of that, I think, to my work here.

It must be difficult to write about highly complex financial processes like credit default swaps and not alienate your audience. What strategies do you use to keep your readers interested?

Good question. One of the challenges with this material is that it’s unbelievably labyrinthine and complex. And I think, intentionally they [Wall Street] keep it larded with this really unbelievably, insufferably boring language and jargon so that it’s inaccessible to ordinary people. And again, I think that’s intentional, and I think it’s kind of a closed priesthood where they don’t want outsiders knowing how things work. So they take things that aren’t actually that complicated and they make them more complicated by attaching all this jargon to it. So you have to use some literary/rhetorical techniques to trick people into being interested in this stuff.

The first thing that I did was to make specific characters that people could connect with. For instance, the decision to focus on Goldman Sachs … Obviously, all the investment banks were similarly guilty of the same kinds of behaviour, but by picking one and making them into this almost Faustian evil character, that allows people to focus their attention, and it makes it kind of a horror story or a detective story, and it gives it a narrative structure that it doesn’t have otherwise.

Did you ever study economics?

No. In fact, up until two or three years ago I couldn’t even balance my own cheque book. This is the sort of job where you have to educate yourself quickly about things you don’t know anything about, and more importantly you have to be able to, very quickly, pretend that you know what you’re talking about when you don’t (laughs).

Do you think the polarisation of the US electorate is being reflected in the US media, or even causing it?

Oh, the media completely causes that whole phenomenon. We have a very specific business model for American media outlets, where what they’re really doing is capturing demographics … and they [the political channels] create political programming that’s specifically tailored to those demographics. And the easiest way to get viewers is to bash the other side. So you’ve got one show that wails on liberals and another show that wails on conservatives, and that’s all they do all day long.

You have enough of this on radio and television and pretty soon you get a situation like we have here in the United States where people legitimately hate each other, over nonsense. So it’s completely created by the commercial situation. I really don’t think it naturally exists outside of that.

What’s your opinion on that?

I think it’s really reprehensible. I know I personally go to great lengths to make sure I’ve never stayed on one team, because that’s where you really get into trouble. You get to this place where you’re starting to identify people who don’t agree with you as something less than human, or less than American. And that goes on on both sides.

I think journalists really should make an effort to try and go out of their comfort zone sometimes and criticise their own politicians, and also appreciate the people on the other side. That’ll allow people to not break into camps that way. It’s dangerous and I think just an irresponsible activity. But we do it because that’s where the money is.

Rolling Stone is often associated with popular culture as opposed to ‘serious’ political issues. As such, have you had trouble sourcing interviews?

Well sure. But honestly, it’s not as bad as you’d think, especially lately. We’re actually taken a lot more seriously now. It’s not me, it’s the McChrystal story, the Kill Team story, we’re considered a legitimate news outlet. I think five years ago, six years ago, when I first started working for them, we’d call up a senator’s office for instance, it wasn’t necessarily easy to get the politician on the telephone, but nowadays, you know, they all want to work with us.  I think that’s pretty cool.

It seems ironic that some of the best political pieces published recently are coming from Rolling Stone.

I don’t think that’s an accident. Again it gets back to what I was just talking about, about the commercial formula with media – any corporation, any corporate media is going to use that formula to make money. So they’re not going to have the intellectual freedom to go outside their comfort zone because you have a responsibility to try and make as much money as you can. Rolling Stone is really one of the last privately-owned media companies in America. We’re owned by a single, wealthy, slightly eccentric individual who is an incredible life patron of journalism. And so we’re allowed to take a long time on investigative journalism and to do things that are unusual.

I can tell you with absolute certainty that I would not have this job in a normal media company. No other company is going to pay me the money that I’m making to work on one story every six weeks or eight weeks. They want more productivity out of you than that (laughs).

Renee Tibbs is a Master of Global Communications student at La Trobe University and is a former editor of upstart. Her blog is called duck down the alleyway, and she tweets at @reneealleyway. Find our more about the Working Journalist project and read why Renee Tibbs reckons that Matt Taibbi’s ‘The Big Takeover: How Wall Street Insiders are Using the Bailout to Stage a Revolution’ is one of the 100 articles that every journalist should read about journalism.