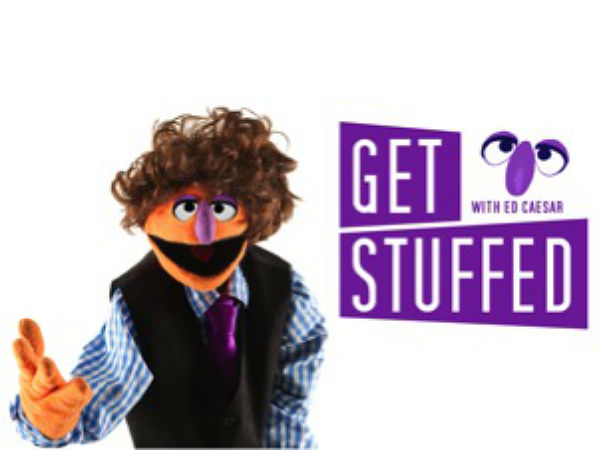 Ahead of the inaugural Melbourne Web Series Festival on 20 July, we’re profiling all 30 series that made the Official Selection list. Next up is Get Stuffed, created by Michael Lanzer.

Created in Melbourne is a beautifully crafted internet talk show that exists entirely within the world of puppeteers. You could say it takes a spin on David Letterman and the Muppet Show creating the humorously entertaining, Get Stuffed. The show also features original songs, interviews and guests (puppet guests that is). No doubt, Get Stuffed “is an adult show for your inner child.”

This furry take on late night talk shows was the  outcome of Michael’s inspiration to create a talk show for adults, that utilised the very thing he loved most as a child, puppets.

That no topic is out of bounds.

Having my parents watch it.

We reached our audience mainly through social networking. We had a Facebook show page and a Twitter account where we would post the relevant links to our episodes on YouTube. That way fans could interact and respond to our content through different platforms and in whatever way worked best for them.

Also I sold locks of my hair for views.

I wanted something that could be instantly viewed and shared around, and it was a chance to get experience doing something I had never done before. But I guess you could say the same thing about a sex tape.

Get Stuffed on the web:

Melbourne WebFest is on July 20, and tickets are on sale now. Keep up to date with the festival on Twitter: @MelbWebFest

La Trobe University is an official partner of Melbourne WebFest