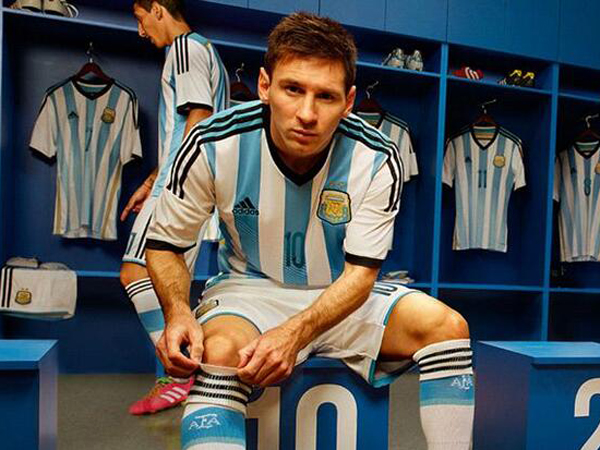 LeBron James needed to win a ring and Roger Federer had to hold the trophy aloft at Roland Garros.

For every wannabe legend in sport, there is always a qualifier that must be met in order to gain widespread recognition of ‘champion’ status.

Argentine Lionel Messi must carry his team to World Cup glory, for Messi has the footballing world at his feet.

“The side is very dependent on him,” says Dan Colasimone, an Australian journalist who recently returned from a seven-year stint in Argentina.

“Alejandro Sabella has very much built this team around Messi.”

The fulcrum upon which Argentina’s national football team pivots, Messi plays both provider and finisher in the front half.

“Not only is he key in scoring goals, he’s the player who will be expected to create most of Argentina’s opportunities as well,” says Colasimone.

Lionel Messi: “I don’t think any player can be considered a true great until they have won the World Cup.” pic.twitter.com/rTwQWNjltj

This year’s World Cup, in Messi’s native South America, may prove to be the tournament which propels the little maestro into the upmost echelons of footballing greatness. But there is serious pressure on ‘The Flea’, as he is affectionately known, from his countrymen.

“There is huge pressure on Messi back in Argentina,” says Colasimone.

“The public have really warmed to him over the past two years or so. They’ve gone from expecting him to disappoint in national team colours to expecting him to almost single-handedly win them the World Cup.”

Interestingly, Messi’s World Cup record is far from astounding. From eight matches, the Argentine has scored just once, with his side receiving a 4-0 hiding in the quarter finals in 2010 and a round of 16 extra-time loss to Mexico in 2006.

Compare this with his rate of scoring at club level for Barcelona, 243 goals in 276 appearances, there is no doubt Messi has underachieved on the most illustrious of stages.

The ‘greatest of all time’ discussion will rage on in sporting circles until the end of time. Comparing stars of the present day with those whose legend grows each year after retirement will always be one of the biggest talking points in sport.

Messi has the ability, statistics and performances to his name to be thrust into the conversation about the greatest footballer of all time, alongside the likes of Diego Maradona and Pelé.

However many believe that until the Argentine carries his country to World Cup glory, like his countryman and the great Brazilian once did, Messi does not deserve to be mentioned in the same breath.

“For some, Messi has already done enough to be considered one of the all-time greats,” says Colasimone.

“Others maintain that a player has to win a World Cup to be talked about in the same breath as Diego Maradona and Pelé. Even though I agree with the first group, I would say he has to win the World Cup in order to dispel any arguments.”

“God (Diego), the Pope and Messi – National Pride” says the banner that will accompany Argentina to the World Cup pic.twitter.com/hGg6Cpmi00 — Ed Malyon (@eaamalyon) May 14, 2014

It is hard to believe Messi is just 26 years old. He has been one of the best two players in the world for Barcelona and his country over the last half-dozen years.

By the time Russia 2018 rolls around he will be in his 30s, without a squad around him of the same calibre as the one he boards the plane to Brazil with.

“I still see Messi being a fantastic player in four, or even eight years,” says Colasimone.

“This is probably his best chance to win a World Cup, not so much because of his age, but because it is being held in South America and the team around him is of very high quality.

“The younger generation of Argentinian players coming through doesn’t look as good as this current crop, so this is as good a chance as they will have for some time.”

What Messi can achieve with a ball at his feet and a row of defenders in his face is often poetic.

Perhaps this July he will add the final stanza to his legacy.