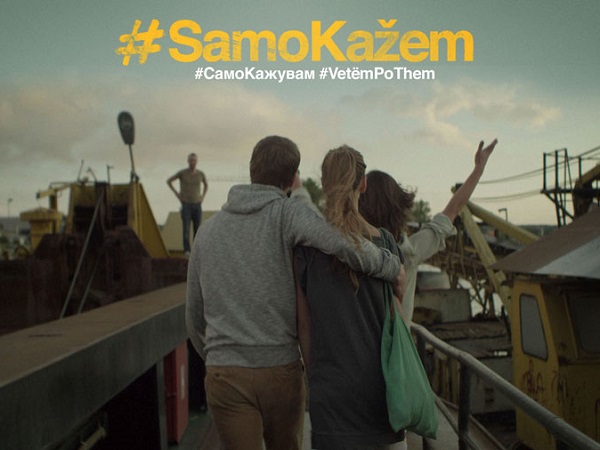 One unusual summer a group of young people become a crew. They’ve met by chance, and by chance became friends. They come from different countries yet bordering countries. They speak different languages, but understand each other perfectly. They share the same dreams and fears, but didn’t have the opportunity to talk about them until now.

A non-government organization B92 Fund (series producer), in cooperation with BBC Media Action conducted comprehensive research which included teenagers aged 13-18 , in five regional countries – Serbia, Montenegro, Bosnia and Herzegovina, FYR Macedonia and Kosovo. The research subject was the activism potential of young people in the region, but also the rootedness of prejudice and understanding of tolerance. The results have shown that society’s issues reflect in the reality of youth. The main idea was to influence young people from the region throughout the web drama, to invite them to overcome the issues they inherited from their parents and cross the borders that their parents’ generation had drawn during the 1990s civil war, to inspire them to be more proactive, more tolerant, more open to others.

Encourage young generation to overcome prejudices and accept differences, something much needed in the war thorn countries of former Yugoslavia. The web series sheds a new light on the youth in the region.

The production was mostly financed through donations, primarily UK Embassy in Belgrade and Norwegian Foreign Ministry. The web series is a part of a long term project “Regeneration” implemented by a non-government organization, Fund B92.

Fundraising and quite elaborate casting in five countries.

Primarily via social networks. It is a teenage series and the place to find them is the internet. The web series has an active Facebook page, YouTube channel, Twitter, Instagram and Google plus accounts. The launch campaign started with smart mobs organized in three of the biggest cities in the region. The events were covered by media in all the countries and created quite a buzz on social networks. Three days later the video of one of the smart mobs made it to the Internet as the first episode of #JustSaying.

#JustSaying is part of the long-term project “Regeneration” aimed at encouraging young people in the region to overcome their parents legacies, connect and talk about everything that troubles them regardless of their differences. Once all the funding is in place the plan is to continue with a production of the second season.

There was no one over 40 in the production team.

The target audience was detrimental when deciding to go on web. On the other hand it was a challenge and something none of us were ever involved in before.
The fact that social media played such a crucial role in our project makes it almost interactive in a way. You get instant feedback on your work that you can actually consider before you edit further.

Is there anything in particular you’d like us to add about you or your series?

The unique insight that shaped the idea was all about the exclusive promotion of content online.

One especially important and unique segment of communication lies in the fact that each character in the series has a profile (not page) on Facebook, Instagram and Twitter. Through these profiles, the characters start mutual communication and in this way the audience learns more about them and their relationships, desires, hopes, and affinities. The characters get new layers and dimensions; they deepen and become more convincing – almost real. This character dimension becomes especially obvious after all episodes in the series are put online. After the last episode is broadcast, the characters and their faiths are frozen in the series framework until the next season, but their lives and their complicated relationships very much continue on social networks.

An equally important role of the characters’ social network profiles is interaction with the audience. Through them, the characters can communicate with the audience, but also influence them. More often than not, these posts and ways of thinking were something that most of the target audience would never come across in their everyday lives.

Also, as up to this moment, the series won a Satellite Award for Original Short Format,
Gold Medal at World Media Fest Hamburg, as well as Official Webby Honoree for Long Form or Series and the Rockie Award Nomination for Best Web Series Fiction.