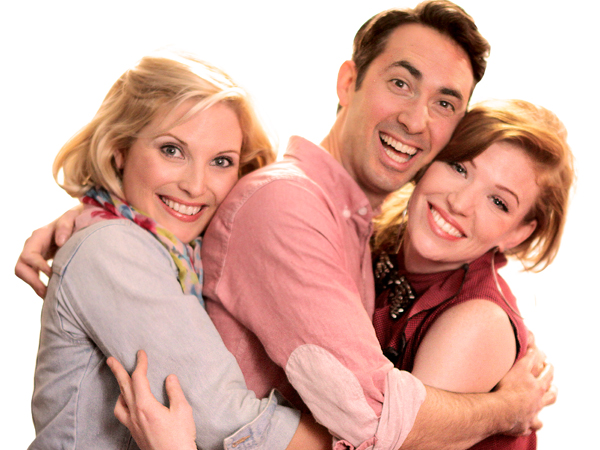 Love Bytes is an LGBT web-series about three young housemates and their dating misadventures. Housemates, Jade, Michael and Stacey, are the Neapolitan ice cream of sexuality. Young, sexy and single, they search for love and excitement in Sydney’s modern hetero-flexible dating scene, but instead find humiliation and hilarious disasters.

The series was inspired by one of the creator’s friends who went on 40 dates in 12 months in search of a boyfriend and still ended up single.

Why should people watch your series?
It’s a light-hearted take on the dating world that we have all been through. It’s funny, it’s sexy and it’s a little bit fabulous.
What do you want people to take away from your series?
I hope people can relate to the absurdity of dating that is presented in the show. I hope they have a good laugh and are entertained.
How do you finance your series?
The first two pilots were funded through the Metro Screen Breaks program. The next two episodes that we will be filming in June 2014 have been funded through crowd funding.
What was the biggest challenge you had to overcome in production?
The biggest challenge was the finances and working with a very, very low budget.
How do you reach your audience?
There is a real hunger for LGBT themed content at the moment, so Love Bytes has a market that really embraces new content. We are very lucky in that we have reached over 1 million views so far for our first two episodes.
We reached our audience through press releases, word of mouth and putting up posters and postcards. However, the majority of our views came from the YouTube watch page. The hits are highly dependent on having attention-grabbing thumbnails.
Is it an ongoing project? If so, can you give us some clues about what comes next?
Yes. We are heavily in pre-production at the moment for the next two episodes. In the coming episodes, Michael has a relationship with Jade’s brother, much to her disapproval. Stacey tries to rekindle her relationship with her ex-boyfriend, and Jade and Stacey become very close, very close indeed!
Trivia: please tell us a quirky and/or interesting fact about yourself or team that’s unrelated to your web series.
– The series is inspired by real life dating stories. It is based on a friend who went on 40 dates in 12 months.
– The guy that plays the dream man in the first episode also plays the Doctor in the second episode.
– The actors that play Samantha Fox and Jade are actually partners in real life.
Why make a web series?
The popularity of web-series is exploding at the moment. I felt it was a good opportunity to connect with a much larger audience than traditional film festivals.
Is there anything in particular you’d like us to add about you or your series?
If you enjoy the show, please subscribe, like, follow and share with your friends.