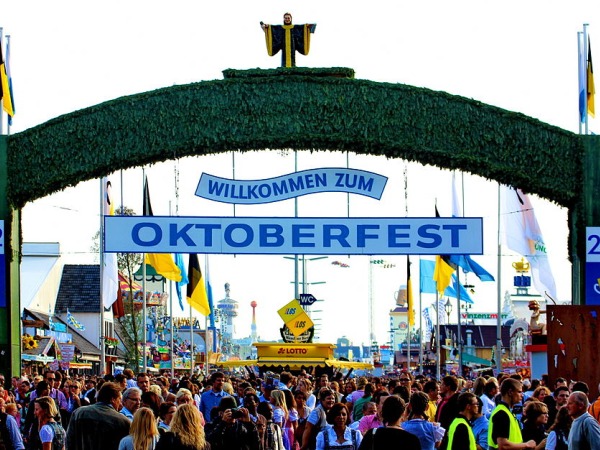 It may have started as a wedding celebration, but Oktoberfest has grown in popularity in its home city of Munich and is even celebrated away from German borders.

“Oktoberfest is a big thing for us. The Irish celebrate St Patrick’s Day in one day, we do it in three weeks,” says Hofbrauhaus Melbourne co-owner Eugen Zerdanowski.

Zerdanowski is from a small town outside of Munich, Germany. He says that when people go to Oktoberfest, it’s all about having a good time, regardless of their race or their socio-economic status.

The first Oktoberfest celebration was on October 12, 1810, when Crown Prince Ludwig of Bavaria married Princess Therese of Saxony-Hildburghausen.

He wanted commoners to attend the ceremony, so it took place in a meadow outside the Munich city gates now known as Theresienwiese (Therese’s meadow) or the Wiesn in the local vernacular. 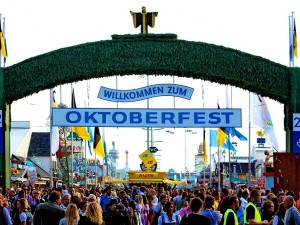 Since then, it has become arguably the most well-known of German festivals and its popularity has spread worldwide. The 2011 Oktoberfest holds the record for the most beer consumption, when 6.9 million visitors consumed 7.9 million litres of beer.

Melburnians will be able to celebrate as well, with German bars such as Hofbrauhaus, Hophaus and the Munich Brauhaus promoting the festivities this year, with celebrations kicking off at the same time as the Oktoberfest in Munich.

“The beer culture in Melbourne is growing [and] German beers are some of the best in the world,” says Hophaus manager Scott Highfield.

Although the festival is now famous for the huge quantities of beer supplied during the 16-day event, the first ceremony featured horse racing and not a single drop of the godly nectar.

On the first day of the festival there is a 12-gun salute, with the Mayor of Munich opening Oktoberfest by tapping the first keg at 12:00 pm. Spaten supply the beer for the official keg tapping and the brewery has been supplying beer to the festival since 1872.

The beers at Oktoberfest come from breweries based around Munich and they have to be brewed according to the Bavarian Beer Laws of 1516.

“The law came out that only three ingredients can be used to brew this drink” and by doing this, it “gives the beer the freshness and the purity,” says Zerdanowski.

Oktoberfest was prolonged and brought back to September so people could drink under better weather conditions in Munich. Although this event is traditionally a Bavarian one, the festivities are not just confined to the Wiesn.

The German diaspora around the world and descendants of German immigrants also celebrate Oktoberfest in their homelands. Anyone can search for videos on YouTube that feature keg tappings from different parts of the world and even a few failed attempts have been uploaded too.

There are numerous cities in the USA that celebrate Oktoberfest, but the largest celebration is the Oktoberfest Zinzinnati, which runs for three days in September and on average, 500,000 people attend the festivities annually.

Canada’s major Oktoberfest celebrations are held in the twin towns of Kitchener and Waterloo in the province of Ontario. The Kitchener-Waterloo Oktoberfest starts on the Friday before Canadian Thanksgiving and it usually runs for nine days.

This year’s Melbourne celebrations commence September 20, and finish on October 5.

Vito Doria is a third-year Bachelor of Sport Journalism student at La Trobe University. You can follow him on Twitter: @VitoCDoria