I’m not going to lie here, I whine constantly. I will complain and moan about every little thing that I have to do, to anyone that will listen. It was only just the other night that I had a twenty-minute rant about how much I don’t like vegetables and would much prefer salad. 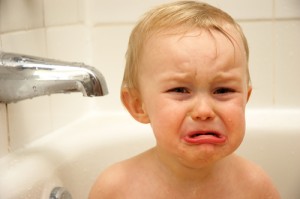 My housemate also had a good whine that night, complaining about having class from 9-3. Considering I had to get up and work at 7:30, followed by class until 5, I really had the urge to punch her in the face. Despite her day looking far better then my own, she still whined.

Naturally, I then started to wonder whether the Queen whines, or Jennifer Hawkins? Their lives are a million times better then mine, so would they ever have anything to whine about?

Whoever first invented whining probably wasn’t a very popular person. Nobody wants to listen to other people whine, especially over nothing. We all hate listening to it, yet we all do it.

Mike Leary, Psychotherapist in private practice, believes that whining starts early on in life. As children when we would whine, it would often produce a result from a parent or care giver. We continue to whine in our adult life with the hope that somehow, someone will make it better.

Whining is not to be confused with complaining. The difference between whining and complaining, according to psycologist Shawn Smith is that complaining can get things done, while whining usually doesn’t. In other words, whining could be seen as ‘futile complaining’.

So if whining doesn’t achieve anything, why do the majority of us do it?

We choose to whine in order to release our stress and anger on to other people, so that we’re not the only ones carrying the burden of negativity. Even though the whining doesn’t solve our problem, we feel better knowing that we’ve brought it to someone’s attention.

Psychologist Shawn Smith says: ‘If another person lends a sympathetic ear or agrees with our complaint, then the discrepancy has been addressed even if it has not been reduced. Sometimes, sweet validation is all we need.’

The only true benefit of whining is that we feel good after doing it. After you have a good whine, even though it’s not entirely productive you instantly feel better by saying it aloud and having someone listen. But Dr. Kowalski warns against consistent whining saying it can leave a person ostracised when people get tired of hearing it.

‘While a bit of whining about shared problems can establish common ground and bring us closer to each other, too much can leave a person socially adrift.’

So how much is too much? Jonathan Mead suggests counting how many times you find yourself whining a day, to make yourself more aware, as many people find that they whine subconsciously.

He then suggests asking yourself whether there is anything you can do about whatever it is you’re whining about. If there is, great, go do it. If there isn’t, simply let it go.

This method is obviously easier said than done. Whining has become a part of our human conversation whether we like it or not. And some people, like myself, enjoy whining. If we whine about our problem, it feels productive, without actually having to go do something about it. It’s one of the best forms of procrastination.

But I do hate to listen to other people whine, so for the sake of the people that have to listen to me, I will try to ease up on my whining. And for those of you reading this article, I apologise for the amount of whining that will now be brought to your attention for the rest of the day. But help stop the vicious cycle by not whining about it.