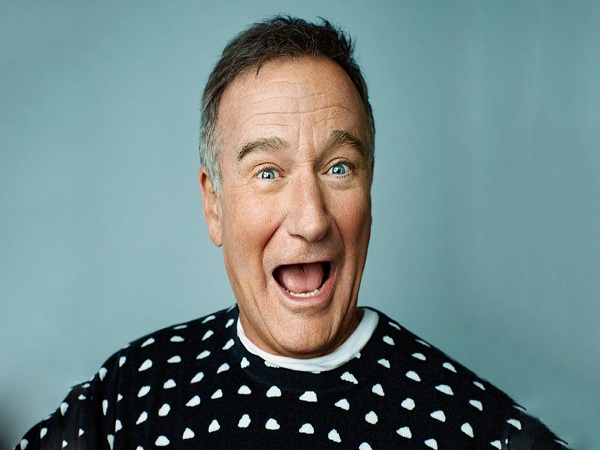 It is an immense pity that the man who provided such joy to others struggled to find some for himself.

Hollywood comedian and actor Robin Williams passed away yesterday at the age of 63 in his California home following his battle with depression.

Known for his wacky flare and lively humour, he was a man that provided an immeasurable source of joy, happiness and laughter, touching the lives of many. It will be impossible for his role in the entertainment industry to ever be filled as the world grieves his passing.

Just heard the news about Robin Williams. One of the first people who made me love comedy. Very sad. Condolences to his family and friends.

His wife Susan Schneider voiced her grief through Williams’ publicist, saying: “This morning, I lost my husband and my best friend, while the world lost one of its most beloved artists and beautiful human beings.”

“I am utterly heartbroken. On behalf of Robin’s family, we are asking for privacy during our time of profound grief. As he is remembered, it is our hope the focus will not be on Robin’s death, but on the countless moments of joy and laughter he gave to millions,” she said.

He was one of the most versatile actors this generation has ever seen, and sadly succumbed to an illness affecting more than 350 million people worldwide.

I could not be more stunned by the loss of Robin Williams, mensch, great talent, acting partner, genuine soul.

A statement released by the Marin County Sheriffs department, said: “At this time, the Sheriff’s Office Coroner Division suspects the death to be a suicide due to asphyxia, but a comprehensive investigation must be completed before a final determination is made.”

The public response to Williams’ death is astounding as a tidal wave of tributes, grief, and sympathy flood social media. Amongst those paying tribute to the comedian was American President Barak Obama, who in a media release from the Whitehouse, said:

“Robin Williams was an airman, a doctor, a genie, a nanny, a president, a professor, a bangarang Peter Pan, and everything in between.  But he was one of a kind.  He arrived in our lives as an alien – but he ended up touching every element of the human spirit.  He made us laugh.  He made us cry.  He gave his immeasurable talent freely and generously to those who needed it most – from our troops stationed abroad to the marginalized on our own streets.  The Obama family offers our condolences to Robin’s family, his friends, and everyone who found their voice and their verse thanks to Robin Williams.”

Possessing the ability to touch and influence anyone who indulged in one of his films, regardless of their age, provided ample enjoyment ranging from the cross-dressing Mrs. Doubtfire, to the wacky adventures in the much loved Jumanji, to a sobering role as a philosophical English teacher in Dead Poets Society.

Robin Williams broke into the television industry, following on from his comedy career, in the hit sitcom Mork and Mindy, playing an Alien named Mork from the planet Ork sent to monitor human behaviour.

Delving into the world of film, Williams received his big break starring in the film Good morning Vietnam and since then has accelerated into the film industry starring in over 89 films including some of the most renowned movies of this generation; Dead Poets Society, Good Will Hunting, The Fisher King, Insomnia, and Hook.

Also appealing to the younger generation, Williams made his mark on the animation scene when he voiced the character of the Genie and Disney’s Alladin, The dancing Lovelace from Happy feet, and closer to home the lovable bat in the Australian- American Fern Gully.

Robin Williams has been a constant presence on the big screen, stage, as well as our television screens for decades. His humour has aided many through difficult times in their lives providing laughter and joy to all.

He will be dearly missed.

If you or someone you know suffers from depression or anxiety please visit the Beyond Blue website for further information, support or advice.