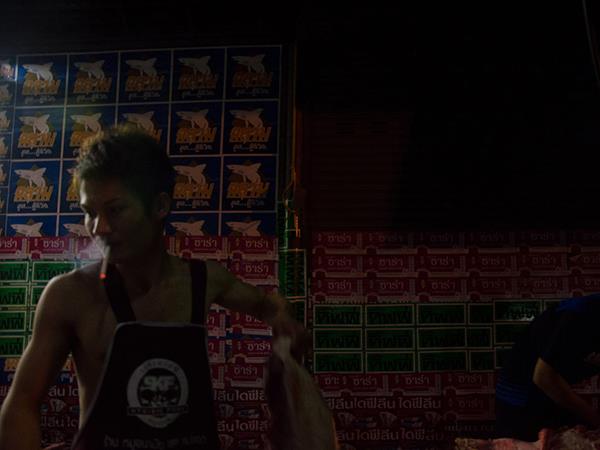 Stumbling across a road-side table of freshly slaughtered pigs is not something you would expect on a late night trip to the local 7-11.

Strangely enough though, that is exactly what happened to photographer Jude James on his way to buy a midnight snack in the streets of Thailand.

James knew immediately that he wanted to capture the story with his camera. He was taken in by the confronting visuals the scene presented and equally fascinated with the cultural differences playing out before him. On the side of a busy street were shirtless men and boys, some in aprons, quartering pigs and blow-torching their heads.

James noted that such a visual and open display of death and macabre is not commonplace in the west.

The death and butchering of animals is something that western cultures mostly perform behind closed doors before packaging and presenting the goods in stores and markets.

James has captured the relationship Thai markets have with the street, it’s passers-by and the local community, A gripping photo essay with dark and tonal images.

“The Silence of Pigs”

Each night at around 11:00 pm, a van delivers freshly slaughtered pigs to men and boys who then butcher them ready for sale the next day. The van drops its produce, in and around the otherwise deserted market. Nearly all of the animal is used including the blood and heads, which are slightly cooked using a blow torch, resulting in an usual and macabre nightly scene.

Open slideshow and click the diagonal arrows to view in full screen goodness. 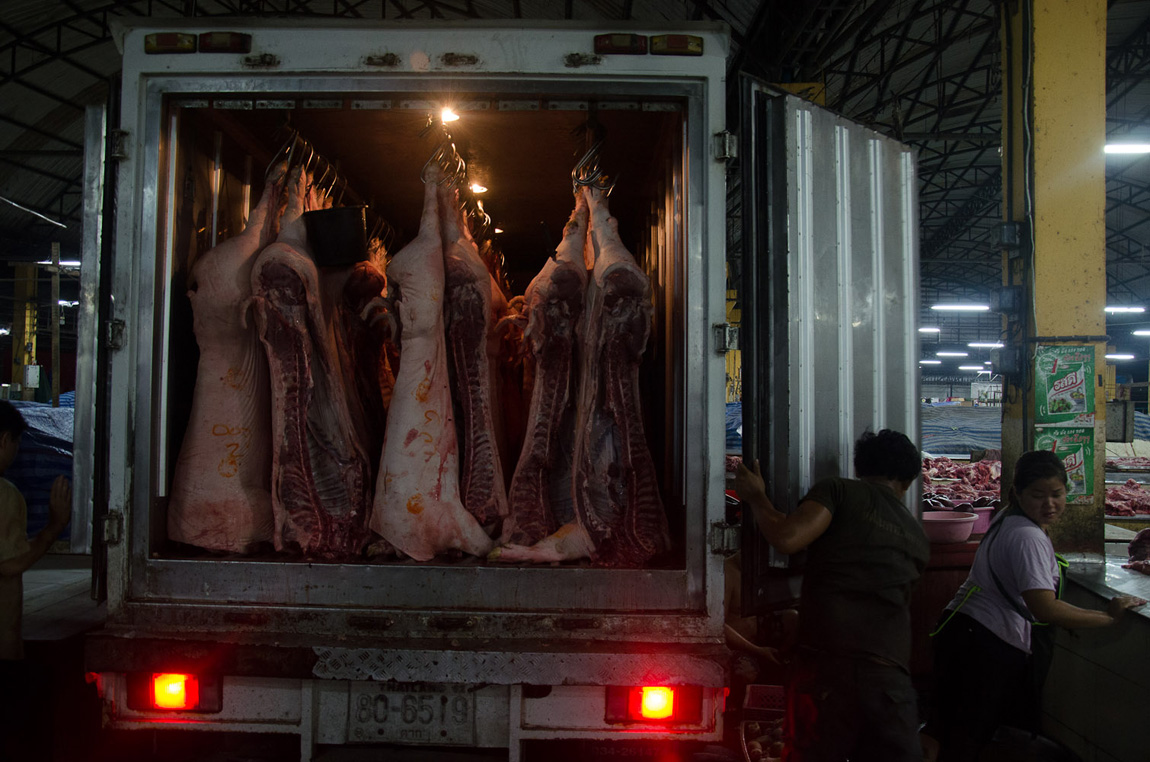 Jude James studied Photojournalism at La Trobe University and is currently directing a short film on the Kachin conflict in Burma for an NGO.