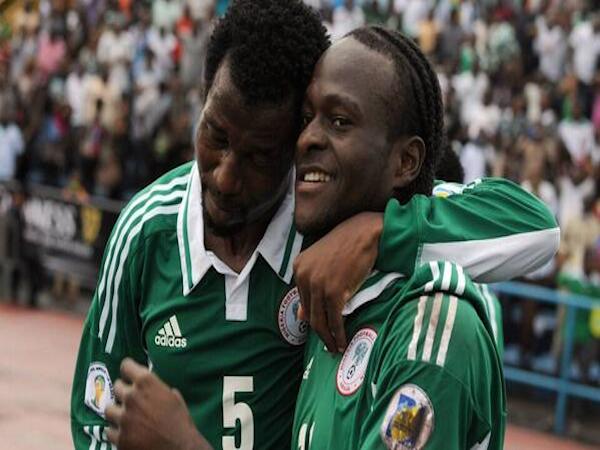 Finding himself in limbo between two clubs and struggling for domestic form, the 2014 FIFA World Cup serves as the prime opportunity for Nigerian Victor Moses to prove his talent on a global scale.

Since Jose Mourinho’s second-coming at Chelsea, the forward has become somewhat of a surplus at Stamford Bridge, later loaned to Liverpool ahead of the 2013/14 Premier League campaign.

Despite scoring on debut against Swansea and enjoying a relatively positive start to life at Anfield, the 23-year-old’s performances slowly platued, failing to find the back of the net again as he fell out of favour at the turn of the year.

With Liverpool all but denying a permanent move for Moses, coupled by a influx of quality into Mourinho’s already impressive attacking arsenal, the World Cup looms as the Nigerian’s last chance to convince the Chelsea boss of his value.

Moses boasts an impressive record at international level for the Super Eagles, having scored six times in 17 caps – an impressive figure in comparison to a measly 32 goals in 214 appearances with Crystal Palace, Wigan, Chelsea and Liverpool.

His work off the wing or fulfilling the role as a second striker behind Emmanuel Emenike was a particularly vital factor in Nigeria’s success at the African Cup of Nations, which the country won for the fifth time in 2013.

Perhaps it was this rare glimpse of form that Premier League fans had seen from Moses over the years, atttacting the praise of England full-back Luke Shaw, who dubbed the winger as his toughest opponent.

“That’s a tough one but I’m going for Victor Moses, purely for his pace and power. I found it a very difficult test,” Shaw said in a recent interview.

In a similar situation, Chelsea teammate and fellow countrymen John Obi Mikel has also found himself down the pecking order at Stamford Bridge.

After only registering 24 appearances during the 2013/14 season, the World Cup also serves as a starting point for the 27-year-old to reassert his position in Mourinho’s side.

Much like Moses, Mikel’s international form is a class above that of his domestic output.

The Chelsea man marshals Nigeria’s midfield with a combination of precise passing and uncompromising tackling, coupled with a license to roam.

If Nigeria are any chance of progressing to the knockout stages, the likes of Mikel and Moses will be heavily relied upon.

Entering the tournament with a relatively young and inexperienced squad, legendary Nigerian player-turned-coach Stephen Keshi will be eying a top-two finish in Group F for his side.

The Super Eagles have somewhat been known as a giant-killer in the past, inflicting defeat upon Spain in the 1998 World Cup, where they would later progress into the knockout stages.

With Argentina almost assured top spot in the group, the South Americans would nevertheless be weary of their African opponents, whom they’ve drawn in the group stage four out of the last five times Nigeria has been involved in the World Cup.

Moses has his chance to impress with the difficult task of unlocking Argentina’s back four, while his most anticipated appearance will be Nigeria’s date with Bosnia and Herzegovina, as the pair are predicted to battle it out for second place.

Despite their potential and remaining undefeated throughout qualification, Nigeria were hardly inspiring as they progressed in low scoring affairs out of one of the weakest group.

Ranked 44th in FIFA’s world standings, the African champions additionally lack the so-called superstars of most national teams in the tournament, instead relying upon pace and whimsical team chemistry to get the job done.

Nigeria goalkeeper Vincent Enyeama has the opportunity to cement himself as Africa’s best shot stopper after enjoying a stellar 2013/14 campaign with French club Lille.

Facing the attacking threat of Eden Dzeko, Lionel Messi and Sergio Aguero, the Super Eagles custodian will no doubt have a busy tournament. But Enyeama will be relying upon the inexperienced centre half pairing of Kenneth Omeruo and Godfrey Oboabona to offer a resistance in the heart of defence.

Taking their chances will also be a key aspect as to whether the Nigerians can claw their way out of the group stage.

But if Moses and co. can prove their credentials in decisive games against Iran and Bosnia and Hergezovina, the Super Eagles could find themselves making history and sneaking into the round of 16.