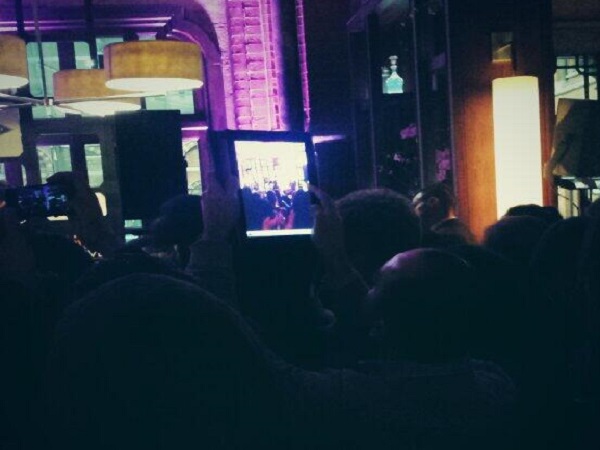 Greetings. Remember me? Yes, I’m that guy from that local music gig – that huge arena filled concert – that crowded moshpit. I’m the guy you bumped, spilt a drink on, that somehow found myself blocked by the view of your oily hair or diseased beanie. I’m the guy who telepathically told you to ‘Shut up and enjoy the show!’

Well, here’s another little message from me. Something that you should read before you attend your next live music event.

We all attend music gigs for our own reasons. Whether we’re seeing our favourite artist or having a night out with friends, we must remember that we’re all sharing the same space. Although we don’t share the same experience, each person in the vicinity has an impact on that of the person next to them.

Thus, it is important to understand how to act at these events. So without further ado, here are the do’s and don’ts of gig etiquette.

We all enjoy going to gigs with our friends, and they (sometimes) wouldn’t be the same if we didn’t experience it with someone else. Talking during shows is rightfully not prohibited, but there’s a fine line between innocent and obnoxious! It’s frustrating when you’re trying to listen to the show when you’re forced to be included in a senseless conversation going on behind you. No one, including the person you’re talking to, wants to hear it. Zip it!

If you have to express how good you think the show is, or that you’re going to grab a drink, or take a leak, then the polite thing to do is to wait in between songs. And during songs, do not try singing over the top of the artist! Not unless they ask you to.

If you really want to have loud music as a backdrop to a nights conservation, may I’m suggest a club instead? #gigetiquette

I choose not to get drunk when I go to gigs because it defeats the purpose of the night. I go to be captivated by the experience and want to be attentive the entire time.

What makes being sober at gigs frustrating is that you’re witnessing everyone else around you getting drunk. Everything someone does becomes annoying. You begin to think ‘Why are you even here?’ If you want to get smashed then exit the bandroom and continue at the main bar.

If you’re going to drink, whether alcoholic or not, do everyone a favour and put your empty glass on a table! They’re there for a reason.

It’s amazing how many people carelessly, or more so sheepishly, leave their glass right in the middle of the bandroom floor, and even on the stage. That’s just dangerous! Take those ten extra steps and squeeze through those few people to put it away. You’ll thank yourself later when you get through the night without breaking your neck.

If you’re attending a local gig, chances are the bandroom is pretty small. You can get hundreds of people cramped up in a small area.

Although you sign away your rights to personal space by attending the gig, you can still do something to fight the fights that can easily break out. If you bump someone, apologise! If you push through people to get to the front when they were there first, you deserve to be bumped, thumped and jumped. Don’t do it.

As a shorter person myself, what’s frustrating for me is when you tall people pretend that they don’t know I’m there and just stand right in front of me. I’m short, but I know you can see me. Let the vertically challenged see the show! Don’t hog the fun.

Hmm, did have a perfect view of #palomafaith now I have a view of this! #gigetiquette Grrrrr pic.twitter.com/tlWLgaFn — Sara Jacklin (@sazzlemcfun) January 27, 2013

4. The laws of church

At large seated shows, there’s always an issue of when it’s okay to stand. There are people of all ages in the audience, all whom are there for different reasons. So, being forced to stand on demand just so you can see the show is not okay. It shouldn’t be the choice of the person sitting in front of you.

We should only stand when the artist or band asks us to. They know the venue they’re playing at. They know the audience is seated. They know the set list. And most importantly, they know how to get the crowd going. Leave it to them.

At the very least, if everyone in the room is bonded by the same taste in music, then go with the flow. You may all know when the right time to get up and dance is.

Everyone should take photos and videos while seeing a band or solo artist perform live, but there are social laws that people keep forgetting.

If you’re going to film then make sure the phone isn’t above your head. Some part of your body should be blocking the light from your phone from the people behind you. If you want to ruin your own view then that’s your choice, but you can’t have your cake and eat it too. Don’t use your phone to block someone else’s view just so you can watch the show live as well.