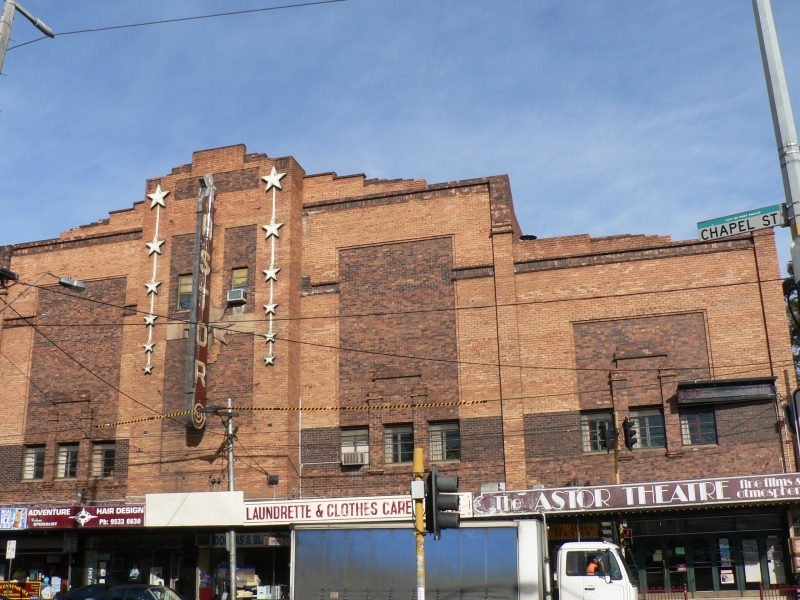 Last week at the cinemas I noticed a banner with the title Finding Nemo 3D.  Some months before that, Titanic and Star Wars Episode I were also released in 3D.  Hoyts theatres too had begun to screen older films including: Edward Scissor Hands, The Big Lebowski and Saturday Night Fever. 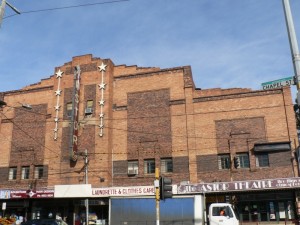 I couldn’t help but wonder why so many films were being re-released. Surely newer titles would attract more attention and sell more tickets than an older film? Has the film industry become dry of ideas, or has viewing habits changed?

‘Alternate content is something that most mainstream theatres are now looking at, because of the way in which people now watch things at home,’ says Tara Judah, the assistant manager at the Astor Theatre in Melbourne.

Tara has been managing the Astor for two years now and believes that the movie-going experience has changed dramatically over that time.

‘I think cinema going has changed a lot in recent years, particularly the way in which people watch and gain access to movies. Peoples home entertainment set up is more advanced than it used to be once upon a time,’ she says.

The Astor is a single screen theatre that attempts to preserve the film-going experience. Since its opening in 1936, the Astor Theatre has evolved into a cinema known for its screenings of classical films and cult programming.

‘Coming to the Astor is an event. Our customers are here for an experience and a night out. We provide a visual and aural quality that you can’t replicate in the home’, says Tara.

As time goes on, it seems that mainstream theatres are beginning to follow suit of the Astor, by also screening classical films. Village Cinemas have recently jumped on board, with E.T: The Extra-Terrestrial set to be re-released next month. Tara says that cinema-goers are increasingly searching for a unique experience, rather than going to the theatres just to see a film.

‘I think more and more, people are searching for that authentic cinema experience. Everything nowadays is available at home to watch but it’s not special in the way it used to be,’ she says.

It is for these reasons that Tara believes the Astor Theatre has seen a revival in its popularity. Earlier in the year, the previous owners of the building were planning to transform the cinema into an arts-complex. After a number of petitions, letters and emails, the building found a new owner in businessman Ralph Taranto.

According to Tara, the Astor’s increase in popularity has occurred over the last two years.

‘The mid 2000’s were particularly a very bad period for the theatre. Business wasn’t doing so well from about 2005 to 2010. In the time I’ve been here I’ve seen a very big increase in audience attendance particularly over the last 12 to 18 months’, she says.

‘We’re getting a lot of younger audiences coming here for the first time and experiencing what the Astor is and then returning after their first visit.’

And as for 3D releases, Tara says that 3D has become a thriving market due to the industry’s push to digital.

‘I think that 3D makes more money for the studios. It’s essentially driven by the industry’s move to digital, but it’s also another thing that audiences have to kind of commit to and indulge in.’

But how has piracy affected the industry? Recent statistics indicate that film piracy costs the Australian economy $1.37 billion a year. This accounts for losses relating to the film industry, cinema owners, distributors, producers and retailers.

Luckily for Tara, piracy has had little to no effect on the Astor.

‘We’re not really affected by piracy since we do not play any films on their first release. I think piracy affects mainstream cinemas more because they’re all about quick content and being able to see the latest thing very fast. This is part of the reason why the studios and theatres are now looking at alternative content,’ she says.

So could theatres one day screen an equal amount of both old and new films?

‘Film re-releases seem to be popular with audiences and some cinemas will probably continue to release them in the future, but I don’t think it’s something the theatres will over indulge in or be on quite the same level as us,’ says Tara.

‘Still I think there is a really strong film culture in Melbourne which will never die out, it will only continue to grow. There are so many things that are going on from the Melbourne International Film Festival to ACMI Cinematheque screenings. We hope too that the Astor improves in the future, but we also want to make sure we continue to stick to our original format.’