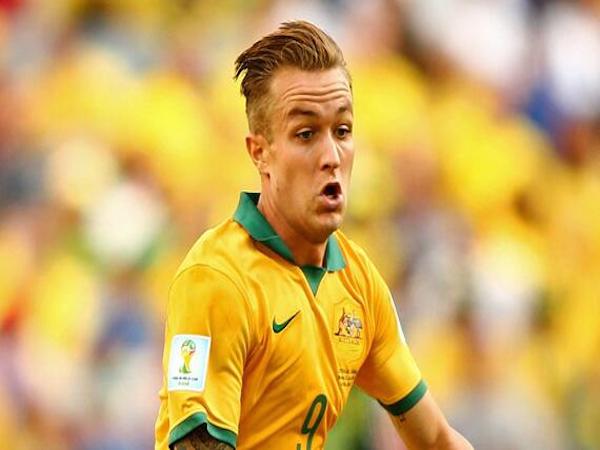 Australia will desperately miss Tim Cahill when the talisman eventually calls time on what has been a glittering career in green and gold.

At 34 years of age, Cahill’s career is well and truly into stoppage time. The effervescent Socceroos statesmen has been there for all of Australian football’s most memorable moments over the past decade.

And now, with a third successive World Cup appearance in the books, footnoted by a jaw-dropping volley, Australia must acknowledge a future without arguably its greatest football product.

The team was forced to face the post-Cahill era earlier than expected on Tuesday, in what became a 3-0 dismantling at the crippled hand of Spain, as the New York Red Bulls striker served a suspension for a clumsy tackle in Australia’s brave 3-2 loss to the Netherlands, earlier last week.

If stating Cahill’s impending retirement will leave a gulf in Australia’s goal-scoring unit, what is far less apparent is who takes his place.

His absence was seen as an opportunity for 21-year-old Adam Taggart. But the former Newcastle Jets striker, who earlier in the week sealed a move to Championship side Fulham, seemed out of his depth.

The youngster was continually swamped by a defence that must have felt like the Spanish Amada, in comparison to a typical back four he routinely cut to ribbons in the A-league on his way to the Golden Boot last season.

Taggart made way after the half time interval as Ange Postecoglou thrust James Troisi onto the right flank and swung starlet Mathew Leckie central. The move brought stability but not potency, a symptom that typically oozes with a small injection of Cahill.

Subsequently, it was far from the fairytale finish Australian fans had envisioned, but ironically the result most foresaw pre-tournament, with hopes of an unlikely Australian upset emboldened after performances to Chile and the Netherlands.

However, many believe Brazil 2014 may be the beginning of an Australian football fairytale, rather than the end.

But first, like in every fairytale, a problem must be overcome before a chance of glory is possible.

Indeed, Postecoglou’s search for a replacement for Cahill could prove to be something from a fable; so can Cahill’s heir apparent squeeze into his ‘glass slipper’?

With an eye on the Socceroos storming Russia in 2018, a centre forward of Cahill’s caper should be Postecoglou’s – and Australia’s – most wanted man.

The youth of Australia’s 2014 World Cup squad should return seasoned competitors in four years time, as the majority of Australia’s young starters in Brazil return and form the foundation of the 2018 squad – along with other heralded youngsters who missed out due to injury, namely Robbie Kruse, Trent Sainsbury, Curtis Good and Tom Rogic.

This tournament has supposedly seen the dawn of Australia’s second ‘Golden Generation’, but a suitor for Cahill’s spot still remains at large.

For Australia to continue to play in the fashion that has defined in this World Cup campaign, with such an emphasis on aerial prowess, a Cahill doppelganger would be ideal, but is it essential?

When employed centrally against the Spaniards, Leckie showed encouraging signs that he could possibly develop into a dangerous centre forward.

However, the 23-year-old’s biggest asset, which has repeatedly haunted defenders in Brazil, lies predominately in his immense speed that has, at times, left the opposition mimicking a statue. And under Postecoglou’s current regime, this attribute is better utilised getting in behind on the right.

If Postecoglou has to dramatically alter his game plan to accommodate for Leckie up front, at least the manager has sufficient time to transform the FC Ingolstadt 04 forward from apprentice to master.

Kruse is a likely inclusion to Australia’s attacking midfield core of Cahill, Leckie, Ben Halloran, Oar and Troisi at the Asian Cup and, aside from Cahill, all are yet to prove that they can lead the line alone.

Therefore if Cahill’s striker slippers don’t fit his successor, Postecoglou must be prepared to fashion a new ones.