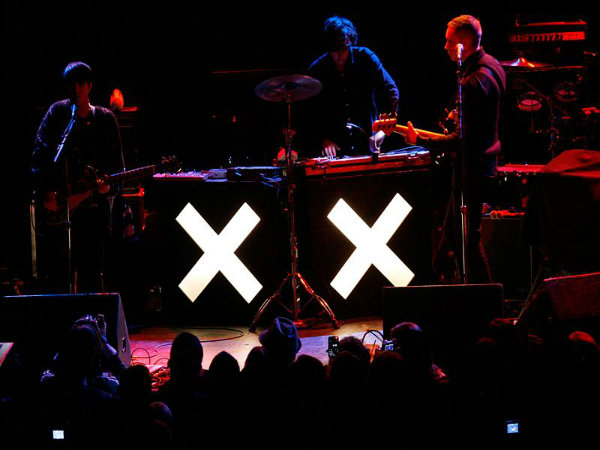 Few artists can perform a haunting melody as well as British trio The xx. Their melancholic sound is certainly not for the faint hearted.

This fragile and alluring band debuted in 2009 with their self- titled album, “xx”, which was awarded a Mercury prize in 2010. The trio made a brief visit to the country last year to play two sold out shows in both Melbourne and Sydney, and upon departure they promised to come again soon.

The xx will return this April to play a six show tour at popular venues around the country.

Not long after the release of their second album, Coexist, the group’s progression became obvious to even the most uninitiated fan. And going by the overwhelming demand for tickets it seems music fanatics are emotionally ready for their fresh and romantically dysfunctional sound.

In my case, after hundreds of plays it’s almost unfathomable to think that a group made up of nothing more than guitar, bass and restrained percussion have already produced two seemingly unrelated albums. If The xx’s self-titled debut told us anything, it was that less is definitely more.

The lyrical interplay between Sim and Madley-Croft may seem effortless, but its overt simplicity hides powerful emotions; despair, heartbreak, romance, separation and isolation.

“Angels”, the opening track from their latest album, is a perfect example of their ability to make the obscenely deep seem shallow. Croft’s delicate voice is showcased in this track, as she breathes heartbreaking lyrics like, “Being as in love with you as I am” and “Love, love, love”. Sim and Smith are careful not to disturb, by making distant instrumental appearances before slipping back into the shadows.

Since the release of their debut album four years ago it is clear that the group are no longer fazed by the capacity of crowds. At their peak, they manage to intertwine guitar with lamenting, love-struck vocals, to create a tale of romantic disillusion.

The xx are now sounding even tighter and more fixated than ever before. “Sunsets” – arguably their biggest track to date – is one of the most flawlessly composed tracks they have ever produced. Madley-Croft and Sim share the discomfort of being ex-lovers forced to pretend they are strangers. The intimate exchange between the two captures the essence of the band in a series of emotionally-charged vocals, underlining the raw truth about losing a former lover.  “After all that we had we act like we had never met” Madley-Croft whispers, while Smith’s percussion carefully guides them home.

In a current climate that often seems stale and stagnant, the restrained effortlessness of The xx, is reminiscent of a lighthouse standing upon rocky shores, guiding an industry safely home. The light doesn’t always shine with burning intensity, but it’s certainly there. Sometimes you just have to look at little harder.

Catch The xx on their Australian tour in early April.

Erin Lyons is a Bachelor of Journalism (Sport) student at La Trobe University. You can read her blog, and follow her on Twitter: @erinmaylyons