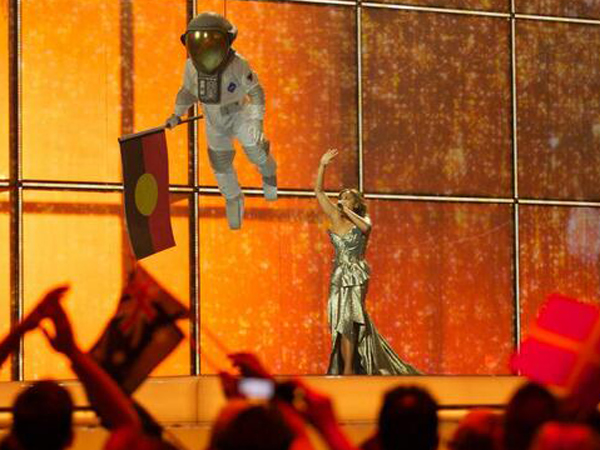 The 2014 Eurovision Song Contest finale raked in almost half a million Australian viewers and even featured an intermission performance dedicated to its audience down under. But why is it we tune in at all?

Well, because we love everything foreign.

Australia is a European country in Southeast Asia. We are the West in the East and it is incredibly confusing for us. So much so we crave any cultural attention we can get in order to fill the gaping hole which is our national identity.

The Australian identity is almost non-existent when you think about it, and our intrigue with Eurovision is a reflection of this.

If you were to ask someone on the street what makes Australia different from the rest of the world, they’d more likely than not answer with something along the lines of “meat pies” or “kangaroos”.

As a nation, we are confused what exactly it is we are. In fact, we are so unsure of ourselves, we don’t even recognise that we are Australian unless we can trace our lineage back to the convict days.

In other words (assuming this data has not changed significantly over the past two and a half years); 26 per cent of Australian citizens are born overseas, and 46 per cent of us who are Australian born, are second generation immigrants. This means 60 per cent of us are either from a foreign country, or have at least one parent who is.

And I can safely assume I am not unique in this mentality, with only 35 per cent of Australians identifying their ancestry as Australian in the last census.

But, perhaps this fragmented view of national identity is our national identity. In any case, it is this lack of definition that makes us so culturally malleable to outside influences. Eurovision is another of those influences and we are witnessing it slowly devouring our attention.

It’s worth noting this year it received 119,000 less, however, this is attributed to the fierce competition on the night which included the premiere of this year’s The Voice, which had 1.8 million viewers, and should not detract from the fact more than a million in total tuned in when you include the semi-finals.

Australia’s large viewership is even recognised by Eurovision itself, allowing the SBS to coordinate this finale’s intermission (which was basically a low-rent version of the already embarrassing 2000 Sydney Olympics opening ceremony), with Jessica Mauboy representing us for our debut.

Ironically, this intermission included a clip of Julia Zemiro (one of the Australian commentators) co-piloting a helicopter carrying the continent of Australia to Europe.

If that doesn’t demonstrate how much we crave an identity, then I don’t know what does.

Our extreme multiculturalism is all we have to define us; thus we are drawn to international intrigues like Eurovision in order to satisfy our hunger to be included, so we can say we are something more.

Campbell Elmer is a third-year journalism student at La Trobe University and a staff writer for upstart. You can follow him on Twitter: @CampbellElmer.