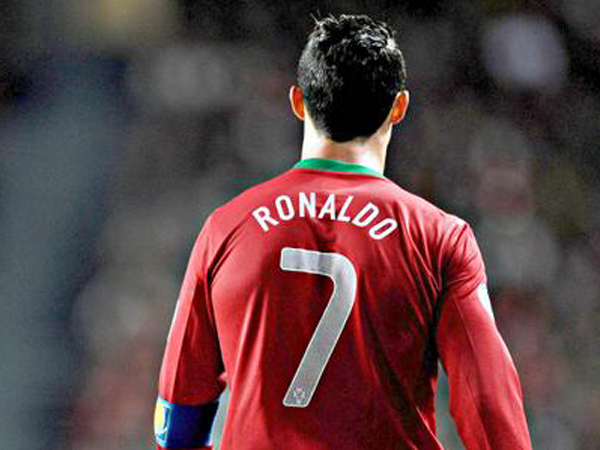 Led by arguably the best player in the world in Cristiano Ronaldo, Portugal’s chances will rely heavily on the Real Madrid forward.

After naming his 23-man squad, Portugal manager Paulo Bento has had limited time with some players but hasn’t ventured too far from the core group he has entrusted during the qualifying stages.

The experience of the squad is evident through the likes of Beto, Bruno Alves, Pepe, Fabio Coentrao, Raul Meireles, Nani and Helder Postiga’s inclusions. These players form a nucleus that has seen the team enter the World Cup as the No.3 ranked side in the world.

But heading the list of exciting young talent is William Carvalho, who is rumoured to be on Manchester United’s wish list this summer. The 22-year-old midfielder from Sporting CP is an exciting prospect with sublime skills and will look to impress in his first World Cup campaign.

These are fantastic inclusions for Bento’s Portugal as it creates unpredictability within the line-up and keeps his squad fresh. It also fosters healthy competition within the playing group, as the older players want to ensure they keep their positions in the team.

Portugal’s defensive unit is controlled mainly by Pepe and Alves. With assistance at full-back from Joao Pereira and Coentrao, opposition teams will find it difficult to navigate through Portugal’s defence.

The midfield poses some dangerous names including Meireles, Miguel Veloso and Joao Moutinho. The team, playing with a lone striker, will also rely heavily on that trio for goals and creativity from midfield

Portugal have enjoyed some great attacking performances in their last few outings, most recently a 5 – 1 demolition of Cameroon in a friendly. Some quality work up forward and power running from the midfield resulted in a four-goal second half.

With three friendlies against Greece, Mexico and Ireland to come, they will aim to tinker with formations.  Knowing their attacking strength, they can reinforce their defensive game and ensure they go into the World Cup supremely confident.

Ronaldo and Postiga are classy finishers with Nani posing a significant threat as well.

There is no doubt that Ronaldo will be isolated in order to work his magic toward goal.  The issue is that Portugal can be too conscious of him and not be appropriately prepared with a backup plan.

Portugal needs to be ready to combat the opposition wanting to limit Ronaldo’s impact, even though the two-time Ballon d’Or winner is at the peak of his powers at the present time.

Ronaldo will soon overtake Fernando Couto and sit outright second on the list of the most capped Portugal players, chasing Luis Figo who has 127 caps.

Nani is an intriguing prospect.  For Portugal to win the World Cup he needs to play a vital role to assist their star man in Ronaldo.

Battling injuries and form with an under performing Manchester United, time is against the 27-year-old.  But Bento is confident that the winger will be fit and firing very soon.

Bento’s bold call of leaving out Ricardo Quaresma will be validated if Portugal can put together strong performances in their remaining friendly matches.

The FC Porto forward can be a handful for defenders but Bento has decided that there isn’t room for the 30-year-old.

Portugal has a strong chance to win this year’s World Cup. The football world knows the attacking potency they possess and their defense is solid.

In addition to being too Ronaldo-conscious, the other concern will be the depth in their midfield. They have done extremely well to put forth a team that should progress into at least a quarter finals, but tournament form and injuries must be taken into account.

This is where Nani comes heavily into the equation. If he can play the integral secondary role to Ronaldo, they will become more unpredictable going forward.

Germany, Brazil and Spain not only have quality players on the pitch but also have players worthy of a starting spot in most other teams on their bench. Portugal must start games well because, outside of their starting XI, they’re not gifted with as much depth as other teams.

They have had respectable finishes in the European Championships over their last few attempts with runners-up, quarter final and semi final appearances in 2004, 2008 and 2012 respectively.  But with Ronaldo nearing 30, this World Cup will be their best opportunity to claim football’s ultimate prize.