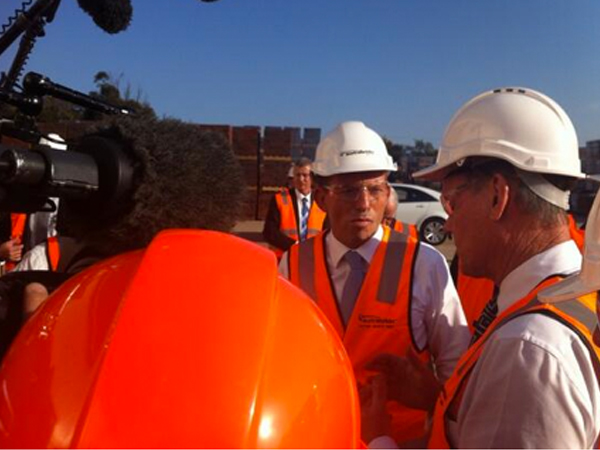 Policy was lacking on day 30 of the campaign, but there was plenty of talk about the carbon tax as the Reserve Bank kept interest rates steady at 2.5 per cent.

Meanwhile, the Australian Electoral Commission says almost one million people have already cast their votes in early-voting booths – the pain for them is over!

The Coalition’s failure to release detailed costings – at time of publication – has been one of the key talking points this campaign.

A piece in The Guardian, perfectly captured the negative of delayed costing announcements – and not just from a political point scoring perspective.

As the article aptly describes, it’s like voting blind.

Tony Abbott visited Pencrice Soda Holdings in Adelaide, where he said: “”You guys don’t have to break the habit of a lifetime and love the Coalition.”

It’s all about re-election pitches this campaign.

This one from the former Labor, now independent, MP, Craig Thomson.

Proud to have had all my printed election material printed here on the Central Coast. No other candidate can claim this #proudlylocal

We’re not sure if the actual comment or the attempted cover-up is the slip, but we’ll let you make up your mind.

“[Asylum seekers are] a hot topic here because our traffic is overcrowded,” she said.

“Obviously when you’ve got something like 50,000 illegal arrivals by boat that’s a big number.”

Except of course, there are really only a few thousand refugees in the area.