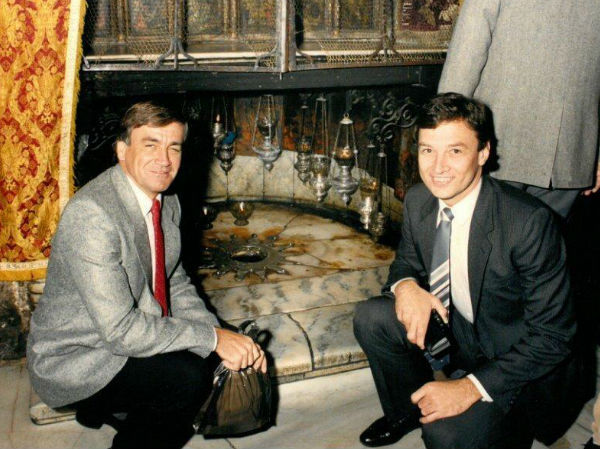 The political careers of 31 MPs wind up this year. As part of our Election 2013 coverage, we’ll be profiling those saying goodbye to Canberra. We’ll feature two MPs each edition; with our next duo Craig Emerson and Barry Haase.

Craig Emerson has been a key player in the Gillard government’s ministry. The now-former member for Rankin was elected to the House of Representatives in 1998.

Much like Julia Gillard’s resignation, Craig Emerson’s came by surprise. Emerson supported Gillard in the last leadership spill, and upon Kevin Rudd being returned to the Prime Minister’s seat, announced he would not be recontesting.

His political ties date back to before he ran for the seat of Rankin. From 1986 to 1990, Emerson, who holds a PhD in economics, was an economic advisor to Prime Minister Bob Hawke.

Picking Emerson’s highest political career presents a small problem – there are too many choices. Here’s a list of the roles he’s held during his 15 years in Parliament:

–      Minister for Small Business, Independent Contractors and the Service Economy

While it may be hard to quantify Emerson’s greatest political achievement, the repercussions from his latest achievement will be felt for years.

That is what the National Plan for School Improvement does, and our aspiration is to be in the top five schooling systems under the blueprint by 2025.”

Barry Haase has been a member of the Liberal party from 1987. He was born and raised in Western Australia, and has been the member for Kalgoorie from 1998.

As a strong supporter in “a fair go”, he believes in personal freedom, compassion for those in need, a commitment to progress and to make the future ‘good’.

He has focused on issues such as the aboriginal reconciliation, economic progress, and creating a healthy community with effective communication in the bush.

The Liberal party support his decision to retire, “It’s 15 years, I’m currently 67, I don’t want to be an old man in politics,” Haase said.

According to the ABC network, he has “no idea” what he is going to do next.