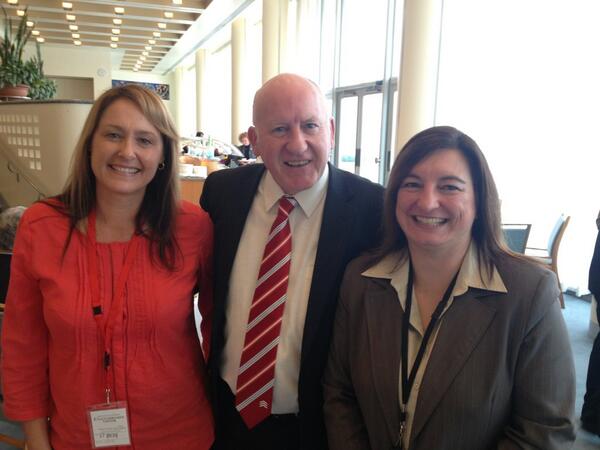 The political careers of 31 MPs wind up this year. As part of our Election 2013 coverage, we’ll be profiling those saying goodbye to Canberra. We’ll feature two MPs daily; with our opening duo being John Forrest and Stephen Smith.

John Forrest has represented the constituents of Mallee for 20 years (“20 years and 146 days, but who’s counting”). The electorate is the biggest in Victoria, something the National Party member says lead to his sense of community networks.

The civil engineer says the motivating factor for entering politics was the country’s future: “That’s all I wanted to do: get the nation organized with infrastructure, particularly from the electorate’s point of view.”

As the elected representative for Mallee, Forrest says that the job is not easy: “Mallee is 25 hospitals, something like 200 schools, nine separate municipalities with no community of interest connection from one end to the other. It needs a pretty special person to be on top of the most important issues. It’s completely different from Stawell to Mildura.”

In his valedictory address in the last week of parliament, Forrest suggested Australia and Canberra needs to rethink how achievement is marked: “However naive it might be to suggest that perhaps I may have made some small contribution to the notion that the expected so-called ‘mould’ of members of parliament needs some very serious reconsideration, there is room for the authority of humility and the power of the quiet achiever.”

“It would have to be the greatest honour of my life, to represent 98, 000 constituents and speak on tier behalf.

When it comes to Forrest’s achievements in parliament, he is not short of developments in his electorate “The Wimmera Mallee pipeline: That’s probably an epitope of what I tired to achieve,” he says.

The pipeline is hailed as the greatest water infrastructure in the country, taking 4 years to complete.

Stephen Smith spent over two decades in office, with his most high profile of posting being as the Minister for Defence.

Smith has long stood by Labor’s policies, however some of the Rudd government’s newest reforms have resulted in him wavering to an extent. Along with former Communications Minister Steven Conroy, Smith strongly opposes the changes to how Labor’s leadership will be decided.

Smith tackled issues such as democracy and human rights in Fiji, the trade relationship with Australia and Japan, and battled to establish key strategic partnerships in the Asia Pacific region during his tenure.

“I’ve had the good fortune of being involved in protecting and securing and maintaining the national security interests of the Commonwealth for nearly 6 years,” Smith said.