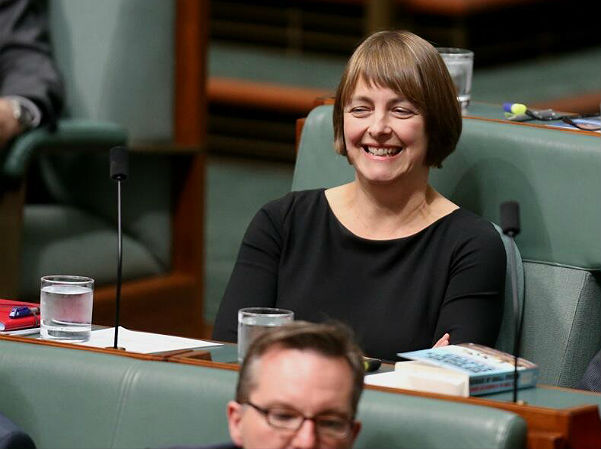 The political careers of 31 MPs wind up this year. As part of our Election 2013 coverage, we’ll be profiling those saying goodbye to Canberra. We’ll feature two MPs each edition; with our next duo being Nicola Roxon and Sharon Grierson.

Nicola Roxon has represented the seat of Gellibrand in Victoria for 15 years – at the last election, the industrial lawyer-turned-politician was re-elected to the safest Labor seat in the country. In a statement announcing her retirement from the political arena, Roxon cited family as the motivating factor.

In her valedictory speech to the House of Representatives, Roxon thanked one person that might not have been expected: “I also need to thank Tony Abbott. I wish to thank him for providing the material for some of the most memorable moments of my political career: standing me up and then swearing at me at the Press Club in the 2011 election campaign, although it was awkward at the time, I think cost him and the Liberal Party much more.”

If you haven't seen Nicola Roxon's valedictory speech, you can watch it here. Very inspiring – she'll be missed: https://t.co/7yZEgSYGAl

Roxon holds the title of Australia’s first female Attorney General. “I am pleased that we have achieved much for women; although that path still has a long way to travel,” she says.

In her time at Parliament House, Roxon has been instrumental in defending the Government’s plain packaging legislation. Introduced in 2010, the legislation led to a hearing before the High Court of Australia, where the tobacco companies claimed the law meant a loss their of trademark.

The member for Gellibrand Nicola Roxon during #qt #politicslive pic.twitter.com/TJf98dQMYq

“In my first speech, I mentioned my dad having died from cancer of the oesophagus when I was young. I did not imagine then that I would be later staring down tobacco companies and defending our actions in the High Court or that I would be speaking to the United Nations about our world-first plain packaging laws,” Roxon told Parliament

Sharon Grierson knows too well the trials and tribulations of being a female in parliament, leading her to describe Julia Gillard’s ascension to Prime Minister as ‘a miracle’ during her valedictory speech – albeit one that didn’t see out its full term.

Grierson has held the sat of Newcastle since 2011, being the 5th Labor representative in the 106 years since it’s creation.

The Member for Newcastle said “helping to rid this nation of Work Choices and being part of a government that legislated Fair Work Australia”, was one of her most significant achievements during her career.

She has also accomplished the goal of 5.7 per cent unemployment rates throughout Newcastle; while helping to support the Disability Care scheme Australia.

Speaking of the 43rd parliament, Grierson was also full of praise:

“Recently in Newcastle someone asked me, ‘How proud are you of what Labor has achieved in this hung parliament?’ I am so very proud,” announced Grierson in her speech.

She described her valedictory speech as a “unique experience…for the first time in my life my legs shook uncontrollably.”

Despite a relatively short tenure as the federal MP for Newcastle, Grierson still battled with the decision to walk away from political life:

“This has been a difficult decision. There is no greater privilege or honour than to represent the people of this great city in the Australian Parliament,” she said earlier this year.

“But it is time for me to plan for the future at the personal and the political level.”