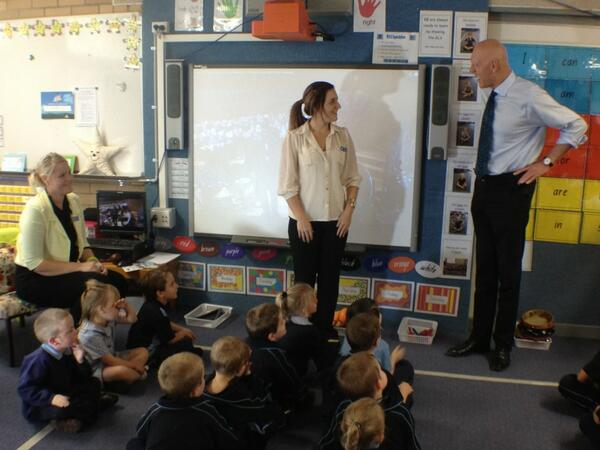 The political careers of 31 MPs wind up this year. As part of our Election 2013 coverage, we’ll be profiling those saying goodbye to Canberra. We’ll feature two MPs each edition; with our next duo Peter Garrett and Harry Jenkins..

Better known to some as Midnight Oil’s frontman, Peter Garrett has represented the constituents of Kingsford-Smith for nine years.

His journey into politics, and indeed the Labor party, began with the Nuclear Disarmament Party – which he cofounded.  After a failed Senate Bid, he moved to the House of Representatives. Garrett’s political journey ended, like a handful of Gillard Ministers, the night Kevin Rudd was reinstated as Prime Minister.

In his Valedictory address, Garrett reinforced the need for dialogue between MPs and constituents: “The one thing I want to reflect on is that if people are concerned about the way in which the public views the political processes, and if those of us who are participants in the process are concerned about our capacity to communicate that we are really on about serious issues of public policy then those are the things that we need to talk about and concentrate on.”

Garrett has held the Ministry for School Education, Early Childhood and Youth, as well as being the Minister for Environment Protection, Heritage and the Arts previously.

The Gonski reforms have consumed Garrett for the most part of the last three years, as he campaigned for greater support in schools across the country. The legislation, which struggled to gain support from the state governments, passed through the Senate the same day Garrett announced his retirement from the ministry and politics – for some, his last political achievement is his greatest.

“This is a fair education funding system. It is one that has equity and excellence at its heart. If we can set aside some of the rancour and some of the partisanship that regrettably infects some of our national body politic then it will deliver for students from now and into the future,” said Garrett in his valedictory speech

“During the past two parliaments we haven’t achieved a lot that is fundamentally Labor,” said Harry Jenkins to Alexandra Kirk on PM radio in June.

“United we stand, divided we fall.”

After 27 years in parliament, Harry Jenkins decided to call it a day effectively on September 7.

Jenkins stated throughout his time as speaker and dedicated member of the ALP, the 20 leaders of the federal parliamentary inspired him.

In his valedictory speech, he reflected on his time in parliament and called on former Prime minister Gough Whitlam as his inspiration.

Following in the footsteps of his father Harry Sr., who held the seat from 1969, Jenkins been one of the longest serving members of the current parliament.

During his time in the seat of Scullin from 1986, he made major contributions to his electorate by helping to promote local jobs and the economy, supporting the investment of $101.9 million into local schools for building much-needed infrastructure.

Jenkins also contributed to broader community upgrades, such as upgrading the Metropolitan Ring Road and the Latrobe University Institute for Molecular science complex; both of which have been successful projects and he is proud of.

In his final address to the members of Parliament, he closed by saying, “don’t mourn for me…I’ve been around politics long enough”.