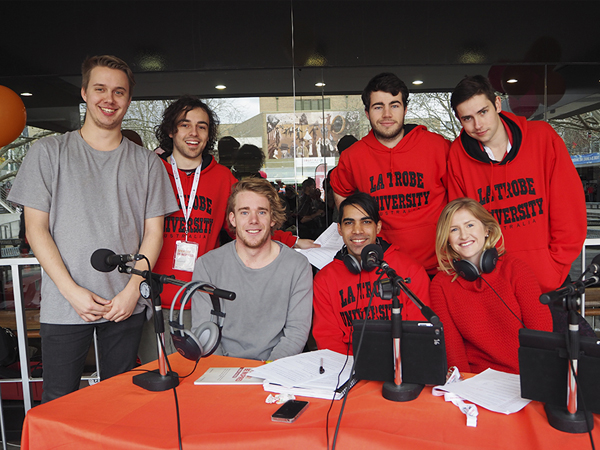 One of the many highlights of the day was getting to hear from La Trobe’s quidditch team.

A special thanks to final-year journalism students Riley Beveridge, Liam O’Callaghan, and Callum Godde, who worked tirelessly around the clock.

Be sure to tune into the next upstart live broadcast, which will be held on AFL Grand Final Day, on September 27. More details soon.