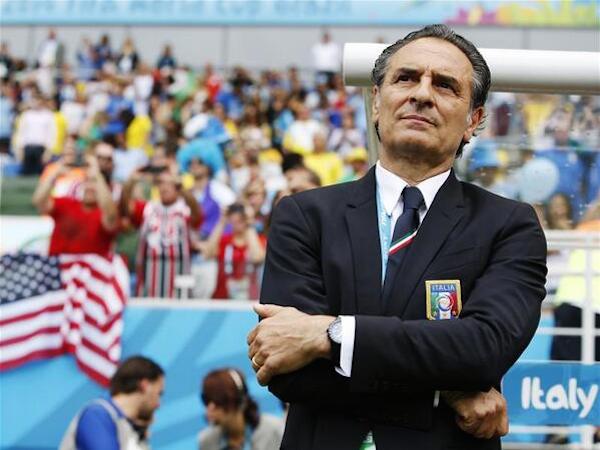 With the 2014 FIFA World Cup now in the knockout stages, the second lot of teams are starting to head home.

32 teams were reduced to 16 on Sunday morning, with that number halved yesterday to leave just eight going into the quarter finals and beyond.

While many of the eliminated players will be heading back home to some extremely disappointed and sombre sets of fans, their managers may not be joining them on the return flight.

As the number of teams left in the competition drop, the number of managerial vacancies have increased, leaving the impression that there is much more than just glory on the line for coaches in Brazil.

Looking for someone to point the finger at is a trait regrettably engrained in the psyche of the sports fan and, unfortunately for everyone involved with the eliminated teams, the frustration of supporters have already incited this type of behaviour all over the world.

While players (and often referees) are frequently blamed and scapegoated for failing to meet expectations, it is traditionally the manager who is more often than not forced to shoulder the brunt of the enormous scrutiny that comes the team’s way.

Unfortunately for them, this usually means losing their job; something that seemingly hasn’t changed given what we’ve seen so far in the tournament.

Many eliminated nations have already turned their attentions to Russia 2018, with a large number of teams severing ties with their coaches to start afresh – some mere hours after their sides officially bowed out.

More are likely to follow; with England’s Roy Hodgson and Cameroon manager Volker Finke also expected to come under the aforementioned scrutiny, while clouds also remain around the future of Spain’s Vicente del Bosque.

Despite leading La Roja to both the 2010 World Cup and the 2012 European Championship and through their 2014 World Cup qualifying campaign undefeated, the 63-year-old may yet lose his job.

Simply put, if you don’t perform at a World Cup there will be consequences for the coach; something perhaps indicative of the importance and esteem in which the competition is held in around the world.

However, while a coach will be largely ostracised, blamed and cut adrift for failing to help achieve their country’s World Cup goal, the culpable players will likely get further chances to prove themselves in the national set-up, providing an interesting and seemingly imbalanced contradiction.

So is this treatment of managers justified? Well, maybe it is.

The success of the Costa Rican team has undoubtedly been one of the tournament’s feel-good stories so far, with news that the relative minnows are into the quarter finals for the first time in their history delighting Costa Ricans and football fans alike.

They are not a nation traditionally blessed with footballing talent and barely any of its regular starters play their club football in a top domestic league; statistics that make their achievements in Brazil all the more special.

What’s more is that while Jorge Luis Pinto’s Los Ticos have been winning matches, their five-at-the-back formation and high energy style has also been extremely pleasing and entertaining to watch.

Compare this with some of the other eliminated coaches in terms of the starkly contrasting salaries, comparatively cavalier tactics and performances and superior calibre of players to pick from and the treatment of coaches and high prevalence of managerial departures makes a bit more sense.

Unfortunately, the responsibility placed on the coach to get positive results is huge, as football and the World Cup in particular are results businesses. Even if you breeze through qualifying and make all the right decisions, as a manager you will pay the ultimate price if you can’t win when it matters.

So spare a thought for the remaining managers left in the tournament, for while you might still have your job in a week and a half, they might not.