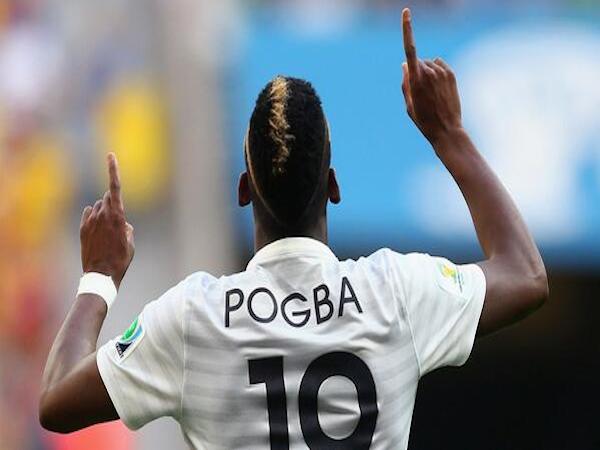 The quarter finals are upon us as arguably football’s most exciting World Cup reaches what is sure to be a dramatic conclusion.

Football fans around the world are licking their lips at the prospect of eight sides, all of which harbour realistic ambitions of holding the famous World Cup trophy aloft, facing off at the business end of the tournament.

For the first time in World Cup history, all eight group winners are through to the final eight, making the remaining encounters all the more anticipated.

Throughout the fixtures for the quarter finals, there are enticing match-ups everywhere.

These are all players who have lit up football’s biggest stage and will aim to do so again in the latter stages of the competition.

But still, in a tournament where the drama has been at its most thrilling and where the upsets have been endless, no clear favourite jumps out from the remaining eight teams in Brazil.

Each have their own certain qualities, but each have question marks lingering over their ability to go all the way and achieve ultimate greatness.

France must remain as resolute and unified as they did throughout the group stages, but can their defence retain its impeccable solidity against a German team that interchange so freely and frequently between what is, essentially, a front four?

Germany aren’t without their own problems, not least a lack of quality full backs and speedy central defenders. Benzema, along with his two flankers – Mathieu Valbuena and Antoine Griezmann – will no doubt be looking to take advantage of these deficiencies in the final eight.

Brazil need to once again overcome such a heavy burden of expectation when they face a rampant Colombian outfit.

It’s a case of so far, so good for Neymar and co. But one gets the sense that a minor slip-up could be this team’s downfall amid a colossal backing from the stands that is providing just as much of a hindrance as it is an advantage.

Colombia is the perfect team to take advantage of any Brazilian nerves. Their rampant, counter-attacking style will exploit even the smallest of mistakes, with the supremely talented Rodriguez leading their charge.

Argentina’s reliance on Messi has made them disjointed so far this tournament. With an incredibly gifted squad at Alejandro Sabella’s disposal, it still seems as though the old adage of ‘they’re playing as individuals, not as a team’ sticks true with the South American giants.

Angel di Maria has offered his best efforts to lend a hand to Messi, but many more will need to step up if they’re to overcome a Belgium side finding its feet in the quarter finals.

Belgium had looked a team bereft of ideas throughout the group stages, as it struggled past Algeria, Russia and South Korea with lethargic performances. But after registering 39 shots against the USA, finally a much-hyped squad is reaching its apparent potential.

The Netherlands were the form team of the group stages, but were sluggish in overcoming Mexico in the round of 16. It took until the last six minutes for the Dutch to find two winning goals, one of which was courtesy of a controversial Arjen Robben penalty.

They endured 39-degree heat and 93% humidity throughout the match in Fortaleza and could perhaps be weary when they come up against Costa Rica in the quarter finals.

The Costa Ricans have been the fairytale story of this World Cup, progressing through the only group that featured three previous World Cup winners in Italy, England and Uruguay.

With 10 men, they then gallantly overcame Greece via a penalty shootout to qualify for their first ever World Cup quarter final.

Tactically, they’ve been the best team in Brazil, but do they have the quality to get past the Netherlands?

These are all questions that will soon be answered but, ahead of the final eight games of this competition, one thing is for sure – we’re in for a real treat.

Algeria to donate $9m World Cup prize to people of Gaza, because ‘they need it more than us’ http://t.co/YcVjLFumncpic.twitter.com/b2FuIkO7TO — The Independent (@Independent) July 3, 2014

“Does Brazil continue to have one hand on the trophy? Yes.”

It’s the flu – and it’s plagued the German team. Manager Joachim Low revealed yesterday that seven of his squad members were suffering the same flu-type symptoms that ruled Mats Hummels out of Germany’s round of 16 victory over Algeria.

World Cup action finally resumes with Germany taking on France in Rio to kick off the quarter finals.

Two South Americans then battle it out in Fortaleza, with hosts Brazil taking on Colombia.