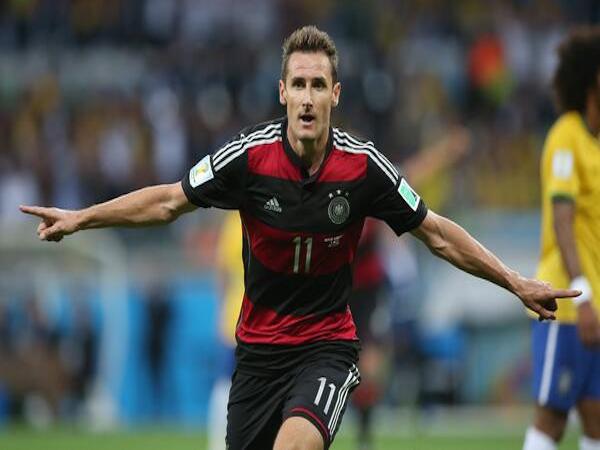 But Brazil, a nation under arguably the most pressure to claim the ultimate prize in the tournament’s long and illustrious history, were humiliated that badly.

And Germany were the tormentors.

Joachim Löw’s side avenged their 2002 World Cup final heartache in the most emphatic and convincing way possible – with a seven-minute burst of all-out, attacking football.

They piled on four goals in seven incredible minutes – the most remarkable seven minutes seen in World Cup history.

The hosts were stunned. Silenced fans watched on in disbelief. Tears engulfed Belo Horizonte and, indeed, the entire country.

For Luiz Felipe Scolari’s side, an almighty collapse like this was, in hindsight, always on the cards. Bubbling away under gritty and hard fought wins was the ever-increasing sense of expectation from a nation that demands success, not least on home soil.

Despite Brazil’s progression to the semi final, the nerves had always been there for the players. And without their captain, Thiago Silva, and their inspiration, Neymar, the entire side was low-hanging fruit for Germany, ripe for the taking.

But no one expected it to be as brutal and sadistic as it was.

A slight tactical tweak from Löw saw the triangle in midfield flipped, with Bastien Schweinsteiger anchoring and Sami Khedira playing in a role much further forward. It completely caught the Brazilians off-guard, with Khedira – and the impressive Toni Kroos – dictating the match from the centre of the park.

The signs were clear for all to see when, on 11 minutes, Thomas Müller escaped some truly dreadful marking from Brazil’s stand-in captain, David Luiz, to get the first on the board.

But then came a seven-minute storm that could, potentially, damage Brazilian football for the foreseeable future.

Klose broke the record and doubled the lead, prodding home the rebound from his own initially saved shot.

Philipp Lahm squared for Kroos, who lashed a left-footed finish into the bottom corner.

Khedira was clean through, but unselfishly cut back for Kroos again, toying with the Brazilian defenders in the process.

Khedira then had one of his own, finishing off the fine work of Mesut Özil.

Five goals in 29 minutes had rocked Belo Horizonte to its very core. Brazil were stunned. Even Germany appeared too embarrassed to celebrate as they piled on goal after goal.

Four had come in seven minutes. Three in less than three minutes.

It was an unprecedented standard of football being set by the ruthless Germans. And they weren’t done yet.

Mats Hummels, Klose and Khedira may have been withdrawn in an effort to save legs for the final, but still Germany poured forward at every opportunity.

Lahm crossed for substitute Andre Schürrle to tap home with a composed finish.

10 minutes later and Schürrle was at it again, lashing an unstoppable volley past a hapless Julio Cesar.

Unrest was being felt among the Brazilian fans. This was as much a blight on their players as it was a marker of quality for their opposition.

A chorus of 60,000 loud and intimidating boos and jeers would ring out every time possession was retrieved by one of their players. And only sarcastic cheers followed Oscar’s stoppage-time consolation goal. Even they were quickly drowned out by the boos resuming.

For Germany, they soldiered convincingly into a Maracana final with either Argentina or the Netherlands.

For Brazil, the post-mortem from a demanding public had already begun prior to the players leaving the field at full time.

When the sign on Brazil’s team coach said “Brace Yourself – The Sixth Is Coming” not sure this was what the signwriter had in mind.

“As a football player, as a coach, it was the worst day of my life.”

There appears too many to choose from on a record-breaking day for both sides. Perhaps the most significant, though, is that this was Brazil’s worst loss in a World Cup since the 1998 final, when they were defeated 3-0 by France. It was also their first loss in a competitive match on home soil since 1975.

That came from Brazil’s stand-in captain David Luiz who, in tears following the match, said “sorry” to the Brazilian people for their display. That didn’t stop BBC pundit Alan Hansen from describing Luiz’s performance as “one of the worst he has ever seen”.

After controlling the match from an advanced role in midfield, Sami Khedira is a man worthy of all the plaudits in the world. He scored one, set up numerous others and dictated the tempo of the match playing in an unusual position further forward.

Argentina and the Netherlands fight it out in Sao Paulo for the chance to take on Germany in the final. But, following Day 27’s performance, they’ll have a fairly big task on their hands if they want to go in as favourites.