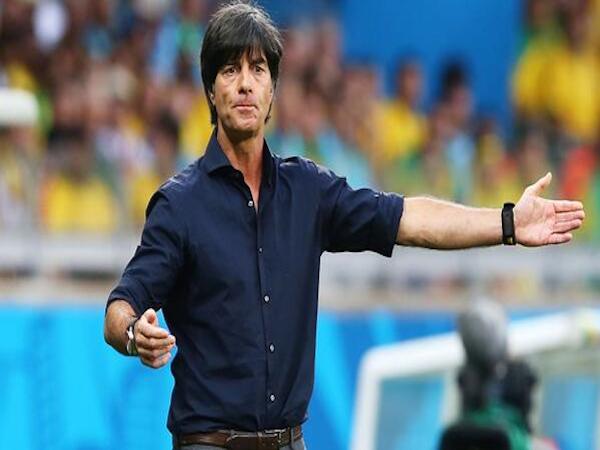 From 17 attempts, Germany has qualified for eight World Cup finals and 13 World Cup semi finals, but remains a country never to have won football’s biggest prize as a unified country.

This current crop, who have shown it can combine utter ruthlessness with a steely determination to win at all costs, now stands as its best chance yet.

4-0 and 7-1 victories over Portugal and Brazil respectively, in arguably their biggest tests thus far at the World Cup, is where Joachim Low’s men have set about laying down a marker.

A 1-0 win over the USA, a 2-1 win over Algeria and a 1-0 win over France is where they have not shied away from accentuating the German stereotype of professionalism and efficiency.

So while they may not have always been at their most convincing best, there has never been a moment at Brazil 2014 where Germany have looked seriously threatened.

And although they have shown two impressive sides throughout the tournament, the biggest positive for Germany going into the 2014 FIFA World Cup final is that, above all, the fact they play as a team.

Low has had two headaches, selection-wise, over the last month.

The first being whether to employ Philipp Lahm as a holding midfielder, where he excelled for Bayern Munich last season, or use him at right back, the position where he has played for the majority of his career.

But, regardless of where the German captain is used, the team has effectively managed to adjust styles, systems and roles with virtually no fuss.

In a round of 16 clash with Algeria, where Lahm was used centrally in the absence of Sami Khedira and Per Mertesacker was brought in to replace the unwell Mats Hummels, Germany retained their high line in defence.

Manuel Neuer played as a sweeper-keeper, protecting a back four that lacked pace, while Lahm dictated the tempo of the match from a deep-lying role in midfield.

Against France and Brazil in the knockout matches that followed, realising the problems a higher calibre of opposition would pose against a defence made up of three, sometimes four, central defenders, Low changed things again.

Khedira was reintroduced into the side and played further up the field alongside Toni Kroos, with Bastien Schweinsteiger now the only holding midfielder.

Lahm and Hummels made the defence more agile, meaning two anchoring players in the centre of the park weren’t needed and, as a result, Khedira and Kroos could pressure higher up the pitch, winning back possession in dangerous areas and creating a situation where opposition defences, particularly Brazil’s, were continually outnumbered.

Against Argentina and, in particular, Lionel Messi, Low might alter things once again in an effort to stifle one of the best players on the planet.

The other problem Low has faced is up front, where he has tinkered between a ‘False No.9’ and the embodiment of a proper No.9 in Miroslav Klose.

But as the tournament has progressed, the likes of Muller, Ozil, Kroos and Khedira have flourished with the extra space accommodated by having Klose remain up front.

And, indeed, having a natural finisher leading your attack can always mean that a goal is just around the corner, no matter the scraps offered up – see Klose’s opportunistic and record-breaking goal against Brazil as an example.

Again, regardless of the system, Germany adjusted effortlessly.

While Andre Schurrle again flourished off the bench and Gotze has the quality to walk into any other side at the World Cup, it’s with Klose up front that Germany is likely to go with ahead of the final at the Maracana.

16 – Miroslav Klose has scored 16 World Cup goals, as many as the entire current squad of #ARG combined. Legend. #GER#GERARG#FifaWorldCup

“All of us are hoping for support from the Brazilians. I thought it was a wonderful gesture the way they celebrated for us.”

– German defender Benedikt Howedes calls for local support ahead of their final against Argentina.

Another rest day – but it also means we’re a day closer to the 2014 FIFA World Cup final.