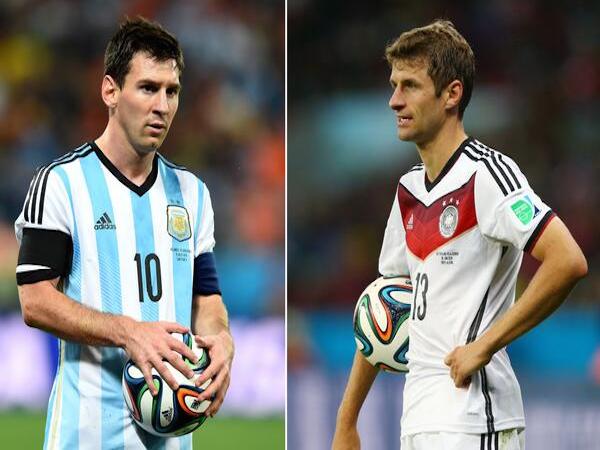 We’re less than 24 hours away from the conclusion to what has been a glittering World Cup.

In the spiritual home of football, sport’s showpiece event has lived up to its billing and, tomorrow morning, we’ll finally get a winner to crown world champions.

Germany will be looking to end a European hoodoo in Latin America and can become the first side from their continent to claim the trophy in seven attempts on foreign soil.

Meanwhile Argentina will look to end a 28-year World Cup drought on the turf of their most fierce rivals in Brazil. Triumph at the Maracana will therefore be that much sweeter for Lionel Messi and co. if they can pull off the remarkable feat.

For Germany, 2014 resembles its eighth World Cup final appearance – the most in the history of the competition.

But just one victory in its last four attempts and none as a unified country means that Joachim Low’s side entered the tournament closer to perennial underachievers as they were to perennial overachievers.

There’s a feeling that Germany are always the bridesmaids, never the brides. But tomorrow morning, following a crushing 7-1 win over Brazil in the semi final, Low’s current crop have the opportunity to change what is quickly turning into an unwanted label.

Their opponents, Argentina, have the opportunity to join Germany on three World Cups if they can secure victory tomorrow morning.

The last time they won the World Cup, it was Diego Maradona holding the trophy aloft at the famous Azteca Stadium following one of the finest individual tournament’s in the competition’s illustrious history.

If Alejandro Sabella’s side can claim success in 2014, there will be an eerily similar scene at another famous Latin American stadium, the Maracana, as Messi’s individual brilliance has often dragged Argentina through this tournament.

Indeed, it’s the World Cup that Messi needed to stamp his authority on in order to be listed among the Maradonas and Peles as one of football’s greatest ever players.

And with four goals and two assists, the diminutive forward has done just that.

Tomorrow morning will mark 32 days since the 2014 FIFA World Cup kicked off in Brazil. What a month it’s been and what a match we have ahead to end a fantastic tournament.

Meet the #WorldCup finalists – everything you need to know about Argentina and Germany http://t.co/h7TSMEEwHDpic.twitter.com/rZDoPwnb5T

In Day 31’s action, the Netherlands continued a torrid week for Brazil with a thumping 3-0 victory over the host nation in the third-place playoff.

Another disastrous start had Brazilian fans unable to believe what they were watching.

After just three minutes, Arjen Robben was dragged down by Thiago Silva, a penalty was awarded and Robin van Persie swept it home. Although the foul was outside the box and Brazil were unlucky to concede a spot-kick, their captain was lucky not to be sent off for denying a goal-scoring opportunity.

Barely a quarter of an hour later and more horrid defending from David Luiz gifted the Netherlands a second. Luiz’s woeful clearance fell straight to Daley Blind, who volleyed home.

Julio Cesar was then picking the ball out of his net for the 10th time in two matches when Georginio Wijnaldum completed the rout in stoppage time to the boos of the home fans.

“We have no pressure. We know how to handle things. We just have to concentrate on our jobs and what makes us strong. We have to be calm and have clear heads focused on the football.”

“We will remember what the champions of 1978 and 1986 achieved, but we will also try to achieve glory by the fight and heart of this team.”

After a fantastic tournament, Arjen Robben signed off with another impressive display in the Netherlands’ third-place playoff victory over Brazil. With pace, control and skill, the winger has been one of the World Cup’s standout performers.

It’s the one we’ve all been waiting for, as Germany squares off against Argentina in the 2014 FIFA World Cup final.