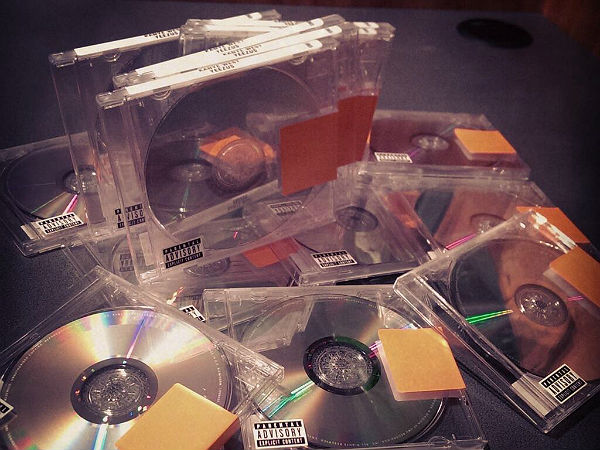 Not bad for a college dropout.

Scratch that; not bad for the guy who made College Dropout.

On his sixth studio album, Yeezus, Kanye West turns out the darkest, deepest music of his career. There are no skits, Will Farrell samples, or, incredibly, Jay-Z guest verses – who as it turns out, has been busy doing his own thing.

From the opening line of the gritty, Daft Punk infused On Sight, ‘Ye reaffirms his status as the definitive monster of the music industry.

It isn’t clean, pretty or anything resembling radio friendly.

Musically, it’s easily his most ambitious. It grinds and auto-tunes over the ten tracks to create a coarse album; a seemingly discordant mix of sounds, somehow tied together by Kanye and reducer extraordinaire Rick Rubin.

The melodies of My Beautiful Dark Twisted Fantasy are nowhere to be seen, with the most memorable quasi-chorus being a grating line about Kanye’s crudely put choice to be a dick, not a swallower.

Running through the list of collaborators or influencers, it’s impossible to hit one drop box on an iTunes genre list for the album: Marilyn Manson, Bon Iver’s Justin Vernon, fellow Chicago rapper Chief Keef, jazz/pop fuser Nina Simone and electronic royalty Daft Punk are just a handful of those featured.

Lyrically, the purposefully perverse, self-aggrandising flair of some of Kanye’s standouts is on full show. Perverse is on show on “I’m In It”, with the laughably offensive “Eatin’ Asian p***y, all I need was sweet and sour sauce.”

The self-aggrandising most noteworthy throughout the horrorcore channelling “I Am A God”, with the highlight being the brilliant “I just talked to Jesus. He said ‘What up Yeezus?’”

However, the duality of lyrics splicing the obscene, with a political – or at least, societal – message and musical experimentation, gives the album a hybrid feel of the aforementioned College Dropout and the criminally overlooked 808s & Heartbreak.

The dichotomy isn’t more evident than “New Slaves”, when mentions of colour divides in 1950s America and negatives stemming from the corporatisation of the prison system, is capped off by an auto-tuned Kanye – with some help from Frank Ocean – closing out the track.

Yet, somewhere amidst this aurally pummelling, unapologetically abrasive album, there’s a sense this is Kanye at his most even of keels – although that’s certainly a relative comparison.

The overlooked anger of Dropout is long gone, along with the therapeutic designs of 808s, and the recently admitted backhanded apology of MBDTF.

The contrast between “Bound 2” – a Charlie Wilson crooning love-song of sorts – and “Runaway”, the signature song of MBDTF paints the picture of a lyricist at ease with himself. Where “Runaway” was a rambling, piano-centric apology for the “s**t” he forced past partners to put up with, “Bound 2” is an admission of flaws without the slightest apologetic twang.

For the third – fourth if you want to count MBDTF – time, Kanye has reshaped, or realinged, the genre in which he’s the biggest star. It might not be enough to validate his claims of deity, but it puts him on a pedestal no one else has touched in decades.

However, the greatest takeaway from Yeezus, despite West’s continued effort to push the alleged sonic confines of his genre, was a clear departure from past methods. West, who before storming the charts as a solo artists was creating the sounds others would ride to fame and success, has always possessed the gift to create hits, throwing a few easily remembered lines over a catchy beat. (See: Gold Digger, Touch the Sky, All Of the Lights).

His ability to roll platinum singles off his own personal production line, make reports there won’t be a single released from Yeezus somewhat astounding. There was no industry-hyped preorder, promotional circuit, Lamborghini-featuring film clip, or even an album cover.

“How much do I not give a f**k?” asks Kanye over the electronic bridge of “On Sight”; when the soul-sampling “Bound 2” brings the album to an end it’s clear ‘Ye gives more than almost anybody, just not about how things used to be done.

But, despite the unusual move in a commercial industry dominated by quick-strike singles – to paraphrase West – we’re still going to want him on our shelves.