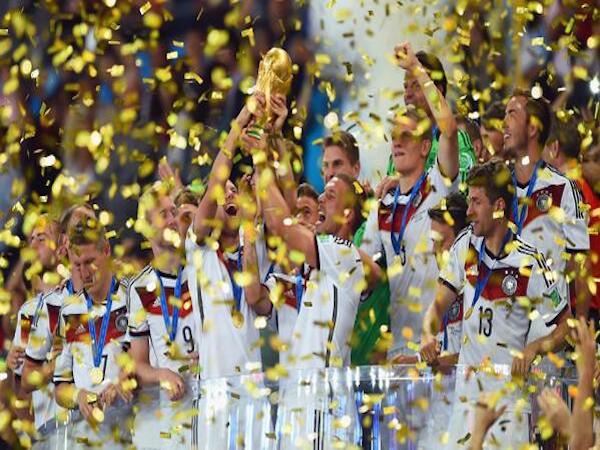 For many national football sides, 18 years between trophies might not seem like that long of a wait.

But for Germany, it’s a different story.

After making the semi finals of the World Cup in seven of the last nine tournaments, only one trophy (in 1990) to show for it would have been a disaster.

It was a similar story in European Championships, where the nation had qualified for the semi finals in five of their last seven outings, only to be crowned champions once (in 1996).

Much had been written about a national side who, despite unrivalled consistent competitiveness on the world and continental stage, were beginning to look like perennial underachievers.

But a 1-0 victory over Argentina in the 2014 FIFA World Cup final erased long-haunting memories of late collapses and has deservedly put Germany back at the forefront of world football.

So where did it all change for Joachim Löw’s side? The answer could be found at club level.

Of the 23 players in Germany’s World Cup squad, 15 held aloft a piece of silverware at some point in their club careers last season.

Seven of the 14 German players who featured in the final play their club football at Bayern Munich, who took home the Bundesliga, the DFB Cup and the FIFA Club World Cup last season.

That added to Bayern’s Champions League success in 2013, when the Bavarian side ended a 12-year drought without European glory.

Bayern Munich, who make up such a strong core of the Germany national team, had followed a similar path in football’s biggest club competition, the Champions League, as Germany had in major tournaments.

Two final losses in the four years prior to finally claiming the trophy had developed yet another unwanted mental hurdle for German football. But under Jupp Heynckes, a team featuring Philipp Lahm, Bastian Schweinsteiger, Thomas Müller, Manuel Neuer and Jerome Boateng finally broke the shackles.

A further four players in Germany’s squad are situated at Borussia Dortmund.

Although they could only get their hands on the DFL SuperCup last season, it followed a campaign where they had qualified for the Champions League final, suffering a narrow loss to Bayern Munich, and back-to-back Bundesliga titles in the years prior.

But it’s not just Bayern Munich and Borussia Dortmund’s tangible success that has transcended upon the German national side, either.

Under Pep Guardiola, Bayern’s footballing philosophies have been slightly altered through a focus on passing and possession football. While formations and systems, not least the decision to often play with no striker, have been changed to adapt with modern football.

While under Jürgen Klopp, Dortmund’s intense pressing and rapid counter-attacking styles have revolutionised the way modern sides threaten their opposition.

Löw, while not completely overhauling the way Germany plays its football, has adopted methods of both clubs sides to enhance the national team. Evidence of this can be found in both the final and the semi final.

Guardiola’s ‘False No.9’ was used to stunning effect in the final, with Mario Götze replacing Miroslav Klose and finding the winner in extra time. Meanwhile Klopp’s blitzkrieg pressing and transition was also implemented and highlighted in the emphatic 7-1 drubbing of Brazil in the semi final.

But it’s not just in Germany’s domestic league where players have developed a stronger mindset and overcome lingering barriers.

At Arsenal, where three of Germany’s players reside, the club broke a nine-year trophy drought to win the FA Cup, with Per Mertesacker, Mesut Özil and Lukas Podolski all starting in the final.

While at Real Madrid, Sami Khedira returned from a long-term injury to help the Spaniards break a 12-year spell without European success and finally claim an elusive 10th Champions League title.

There’s no doubting that Germany’s consistency at international level is unprecedented. But now, with the mental hurdle of finally clinching ultimate success – both for club and country – overcome, who’s to say how far this team can go?

While Spain’s era of unbridled triumph ended in Brazil, Germany’s juggernaut may just be beginning.