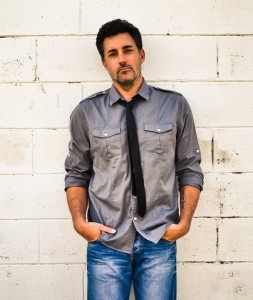 ‘Wanted for questioning by the police’ is not a label one wants when living in Communist China. In June 2008, American journalist Aric S. Queen was exactly that. Once he learned the police were looking for him, Queen knew his mouth had finally got him into deep trouble. ‘The shit has most definitely hit the fan,’ recalls Queen.

Queen’s early days in Shanghai, as producer for the hugely popular ChinesePod (named as one of Time Magazine’s 2006 Top 10 Podcasts), GigShanghai and Soul Fire Radio, were those of a red hot music journalist, discovering new bands, and promoting the nightlife. Queen worked only eight hours a week, employed a staff of four (producer, personal assistant, and two maids), did all the drugs he wanted, and had an endless supply of ‘no strings’ sex. Shanghai was his playground until he had enough of the naughty lure and two-faced government. Queen shifted gears and began an underground feature for Current TV called ‘The Shanghai Diaries’. And this was the unraveling of the American in China.

His five years living in Shanghai and subsequent self-exile from China was an ‘important story that had to be told’, says Queen, and so the former radio DJ/TV host/Podcaster has now become an author. After spending the last three years writing and slaving over edits and re-edits, The Shanghai [Exile] Diaries was published on 31 March, 2011. As expected, Queen turned down not one, but two publishing deals and chose to self-publish his memoir in order to maintain control. All 200 advance copies sold out in four days, profiting Aric a whopping $183. Queen jokes: ‘I foolishly thought that writing a book was an easy way to make a million dollars, and I soon found out it wasn’t’.

Raised a good country boy, Queen yearned to escape and experience the world. Ten years later, he has grown up. He has a new appreciation of the world and is now proud of his Oklahoma roots. Yet his travels in over 40 countries make for some fascinating tales and, if we’re lucky, some more memoirs down the road.

Heather M. Rogers was lucky enough to grab some Skype time with him in New York City, his new home base.

Give us an overview of The Shanghai [Exile] Diaries.

I moved to Shanghai with $500 and a fake diploma and over the course of a couple of years, I made a small name for myself in China. Once I got fed up, I produced an underground expose (The Shanghai Diaries) on the Chinese government leading up to the Olympics. The government came after me and I had to go into hiding for six months in Asia, India, and Nepal.

How did you come to label yourself a journalist?

I think I was in a very interesting place, at a very interesting time, where a lot of the media was just bullshitting. Everyone was playing up to China. I decided as an American foreigner living there, I had to report the truth and exactly what it was like.

And have you always been writing?

No. I didn’t start publicly writing until I moved to China in 2003. I was producing a lot of Chinese bands and was approached to start writing about that. People paid attention, so I went down that avenue.

What made you move away from The United States 10 years ago at the age of 25?

I was just bored. I was raised in a country, in a place outside Tulsa, Oklahoma… and I read in National Geographic about all these amazing places like Paris, Bangkok, Johannesburg…and realized there was a huge world out there. I wasn’t happy. I was restless. Then one rainy Austin Sunday morning, I decided to sell all my shit and go. I had no plan. I had a one way ticket and $3000 in my pocket.

So tell me what led to you fleeing the country that you’ve called toxic and fascist?

I found out that five plain-clothed policemen showed up at the magazine I wrote for, surrounded my editor, and demanded my phone number, address, and bank account. She called me crying, saying ‘what the fuck is going on Aric?’ An insider friend confirmed that my name was on ‘the list’ to be questioned and that is not the list you want to be on. ‘Questioned’ is a very diluted form of what would actually happen. Friends in the past had been thrown into prison. Foreigners had their passports confiscated. My show had a cult following around the world and I was stirring up anti-Chinese sentiment, so I most definitely would’ve received more than a slap on the wrist.

You have definitely embraced the online world, having a blog, Twitter, Facebook, and Current TV profile. How would you say it’s changed in the last five years and how valuable do you feel an online presence is for a journalist today?

Oh man … I think it’s the entire epitome of a journalist today. Print is dead. TV is dead. Radio is dead. And the great thing about the internet now is the snowball effect. So if you actually tell a good story, you can now have a thousand hits in the first couple of hours. Social media, the Twitters and the Facebooks and all of it…just look at what happened when Osama bin Laden was murdered. There is just no way The Washington Post could’ve put together and published that story quickly. As soon as it happened, it spread like fire through Twitter and within 30 seconds, the entire world knew. The entire journalist’s being is online and in social media.

What makes you a good journalist?

Honesty. You know I suffered from this when I first started…You wanna be the big boy in the big boy pants and write the great stuff, coming off as a writer who is so well informed…and that is not journalism anymore. I prefer someone who is honest versus someone striving to be perfect and who refuses to admit they got it wrong.

Your editor, Sunny Cherme Cooper, says to ‘invite this man to dinner’ referring to you. So I ask you … who would you have at your dinner table?

Ah…good question! Otis Redding. I wouldn’t ask him anything. I’d just soak him up and enjoy a meal. I would be a happier and better person for it. Nobody compares to Otis. He embodies what soul is all about.

So you’ve just moved to New York City. Why back to The States now? Are you done with living abroad? Are you settling down?

I don’t know. When I was younger, I made all sorts of plans and as you get older, you realise that’s a very foolish thing to do. So an opportunity came up for me to come live and work in New York and I took it. My only set plans are to be the coolest uncle I can be and to keep in better touch with my parents.

Do you have any regrets?

Oh sure … loads, but as long as you learn from them, you can’t really look back and hate them.

Heather M. Rogers is a Master of Global Communication student at La Trobe University and hails from Dallas, Texas. More details about the Working Journalist project can be found here.