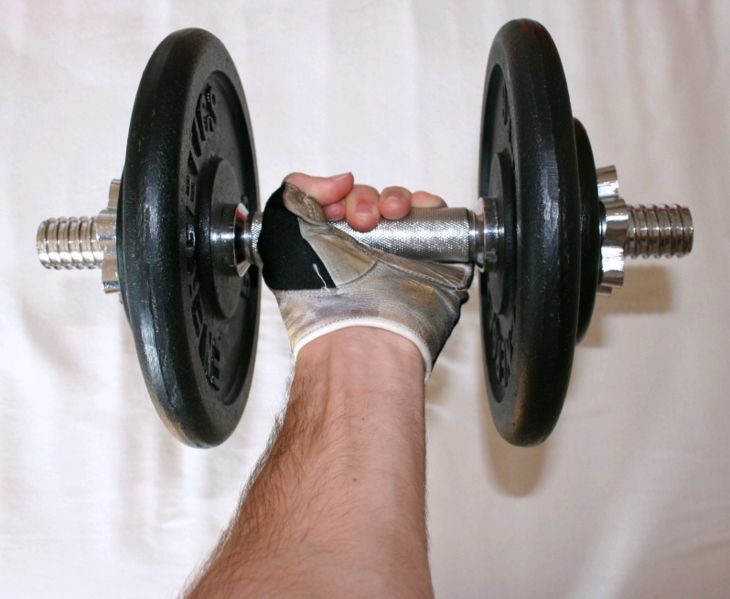 For two years I’ve been member of a gym and my goals and objectives have always been clear to me. I have focused consistently on increasing my strength and maintaining a healthy appearance. I train three to four times a week and my program generally includes cardiovascular, abdominal and weight-lifting exercises. Yet I’ve never really cared about improving my fitness.

The Edge via Wikimedia Commons

But what are other people’s motivations for joining a gym?

Dominic Szczepaniak is a personal trainer at Whitehorse Fitness.  He’s been in the industry for nine years. He believes that gym-goers are often motivated by improving their image rather than fitness levels.

‘Most men have joined my gym to bulk up and look more appealing to others, whilst women usually focus on losing weight for similar reasons,’ he says.

Thirty-five-year-old Lukas Xuereb also joined a gym to improve his image. Ten years ago, Lukas decided to build some muscle.

‘As a gay male in my mid-twenties, I could no longer get away with the young, weedy look anymore,’ he says.

It’s only recently that Lukas begun to feel satisfied with his appearance and continued training.

‘I stay at the gym purely for image reasons. An increase in fitness is a bonus for me, since my aim has always been to change the shape of my body into something more appealing to others.’

Thirty-year-old Jackie Robertson says the gym has altered her lifestyle.

‘I initially joined when I was twenty-one to lose weight. Once I saw changes in my appearance, I soon realised I had to keep training to maintain those changes. The gym has now become a lifelong commitment for me,’ she says.

So when does a desire to improve our image develop into an obsession? Dominic Szczepaniak believes that a balance of different workouts is crucial to maintaining a healthy exercise regime.

‘Exercise can become unhealthy when people only concentrate on one type of training for hours on end. This can mean focusing solely on legs, cardiovascular exercises or weight-training,’ he says.

But how much time should we devote to exercising at the gym? Dominic suggests that, ‘For the general population exercising 30 to 60 minutes, two to three times a week is appropriate. If time permits, five to six sessions are preferable, focusing on different exercises as well as plenty of rest in between.’

According to Dominic, rest is also essential to building muscle.

‘During weight training, microscopic tears occur in the muscle fibers. When you rest, your muscles get stronger and your body repairs these tears,’ he says. ‘Without rest, the body becomes fatigued and this can cause pain in muscle joints and in some cases permanent injuries.’

And although exercise addiction has not been diagnosed as a legitimate psychological disorder, Dominic says that his clients should still be aware of the symptoms.

‘I’ve seen people wear themselves out by overdoing it. It’s important to be aware of the signs of over-exercising, such as: headaches, an elevated body temperature and resting heart rate, a decrease in appetite and sleeplessness.’

But when it comes to our image, Dominic believes that we will never be satisfied with ourselves.

‘No matter how thin or muscular people become, they’re always going to want more. An obsession with exercising is not such a bad thing, but there can be a fine line when you take it to the next level by not resting properly and worrying about your weight constantly.’