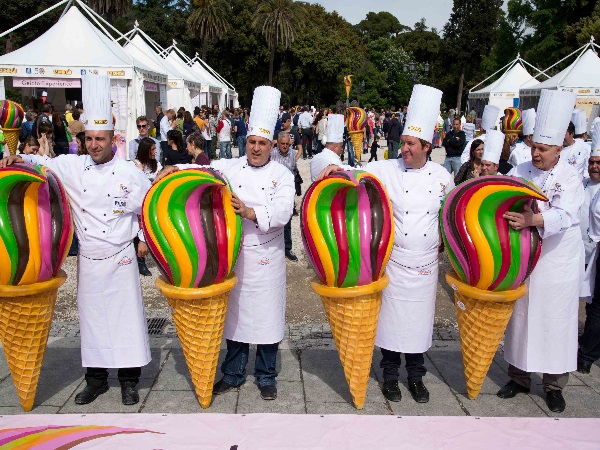 A selection of tantalising gelato creations from 16 gelato businesses all over Australia and New Zealand can be sampled as they compete for international “gelatieri” or “gelato artisans” stardom at The Gelato World Tour, held in Carlton’s Piazza Italia or Argyle Place South, just off the city’s Italian cultural hub Lygon Street.

The tour is designed to educate visitors about the Italian inspired treat, raise awareness of the Italian culture and promote local businesses that whip up such delicious delights. 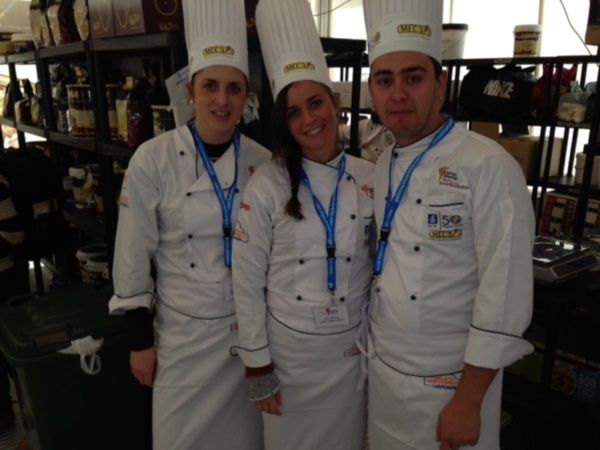 The tour commenced in Rome, then moved to Valencia and is now in Melbourne. Melbourne was chosen chosen to host the event thanks to its diverse multiculturalism and love of food. After it’s stint in Melbourne, the tour will progress to Dubai, Sao Paulo, Shanghai, Austin, Berlin and will conclude in Rimini where finalists from each city will attempt to dream up and make the world’s best gelato.

“This Gelato World Tour represents a commercial (exchange), a cultural exchange and, above all, it really does show Melbourne and Italy increasingly closer together… We are delighted that Gelato World Tour has made Melbourne its third leg.” Beverley Pinder-Mortimer, Councilor of Melbourne said in a press release.

The tour also precedes the Carlton Italian Festa, which is to be held on Sunday October 27.

Organisers from Italian food manufacturer Sigep and Carpigiani Gelato University are quick to point out that there are key differences between and ice cream and gelato, and that they are definitely not one and the same.

“There is a very big difference,” explains International Marketing Manager of Sigep-Rimini Fiera and the Tour’s Master of Ceremonies Alessandro Piccinini.

“Artisan gelato is healthy food. You can prepare the gelato with fresh ingredients, fresh milk, natural flavours and usually you can use the typical food of the location you have [local produce]. Ice cream the flavour is similar around the world.”

Artisans concoct their products daily, and, as the gelato is made daily it does away with the preservatives found in mass produced ice cream. Still, gelato should be consumed responsible quantities and individuals must be mindful of their intake at all times.

Gelato flavours on offer are varied, however, chocolate did seem to be the ingredient of choice for many makers. Others made liberal use of nuts, berries and other fruits.

Visitors can also learn about gelato’s historical origins and attend master classes conducted by teachers from Carpigiani Gelato University. Tasting over, guests are encouraged to vote for their favourite gelato.

The University has organised courses in Melbourne and Sydney both of which organisers say are nearly fully booked and offer individuals the opportunity to acquire gelato making skills.

Organisers are expecting around 2,700 gelato aficionados – the same number of patrons that attended the first two legs – to visit Piazza Italia over the course of the weekend, however a bleak weather forecast suggests that such numbers may be overly optimistic.

Competing artisans will have their works licked, sampled and critiqued by a panel of judges led by celebrity chef Guy Grossi who will decide on a winner for the Melbourne leg of the tour on Sunday afternoon.