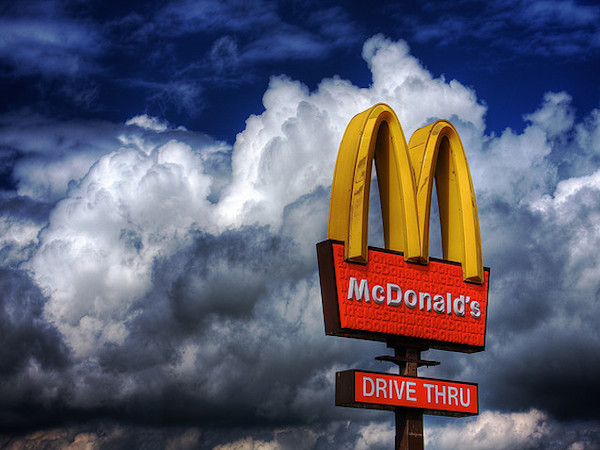 McDonald’s has not had a great business run as of late. While it may be a while until we see restaurants closing, latest figures show McDonald’s sales are shunting, and Australia has been singled out as one of the hardest hit markets.

Many factors have been attributed to the decline in the business region Australia is a part of for the fast food chain.

Recently, a meat health scare in China has caused doubt regarding Australian consumers, and if they have awoken to the fact that McDonald’s is simply a bad diet to have.

The stats point to a lot of work still needing to be done, but academics like Dr Nathan Grills from Melbourne University’s Nossal Institute for Global Health says something can be taken from the business figures.

“I think that Australians are increasingly becoming aware that fast food is unhealthy.  I think it does reflect dietary choices to some degree,” he told upstart.

At the same time there is some concern that the chain shouldn’t be the focal point.

“McDonald’s has become synonymous with unhealthy junk food which may not be fair as their menu options are better than many other fast food chains,” Dr Grills says.

These shrewd choices by consumers to eat more healthily are a bit-part of a wider problem associated to affordability, according to Dr Grills.

Does this mean that we value quality of expense in what we eat? Dr Grills thinks not.

“There is no doubt that the consumer desire for healthier food is driving McDonald’s to develop healthier options but the unhealthy options are still on the menu.”

He also points to the presentation of the restaurants food as an example of why we still get drawn in despite the drop.

“The ability to market unhealthy kids and adults alike plays a massive role.  We know that kids think that carrots wrapped in Macca’s paper taste better than the same carrots wrapped in plain paper. Kids are very vulnerable consumers of advertising and we need to protect them.“

It is then unclear if there is any other reason for a downward trend for sales of McDonald’s foods. The food scare in China seems the only logical conclusion, and Australian nutritionists shouldn’t get their hopes up that this decline will mean healthier Australians.

As with many services, the Internet could be to blame. Sites like Yelp and Urbanspoon allow people to be more critical of their eating experiences than ever before.

The possibility of these picky customers totally avoiding the processed world of fast food (or at least question the validity of them) could be a possible cause of the decline in McDonald’s sales.

Competitors such as Hungry Jack’s are doing well for themselves, and competition is steep with a rise of the gourmet food market.

Hamburgers are a big part of that scene, where what is served is more inclined to actually look like what is advertised on TV ads. McDonald’s themselves have admitted to making their food look better for commercials, rather than serving what is shown in their ads.

Perhaps the high brass at McDonalds think honesty is the best policy?

It’s a shame, especially when some say that fast food can actually be nutritious as well as cheap. The danger of losing ourselves in the blur of information about what we put in our mouths could lead to indifference to people’s health in the end.

Philippe Perez is a second-year journalism student at La Trobe University. You can follow him on Twitter: @p_perez