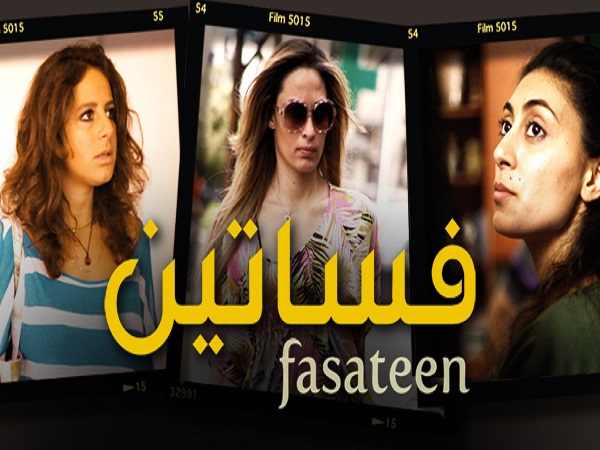 The series follows the stories of; Aliya a separated working mum of a 10-year-old boy, Lama living with her 2 kids in Lebanon while her husband is a successful business man in Dubai and Karma a single and lively daughter of a conservative old couple who keep arguing with her about her conduct.

Inspired by the personal lives of its creators; Katia Saleh, Bassem Breish, Cyril Ariss, Mounia Akl and Mardig Troshajerian, Fasateen’s message to Arab women is to choose your own ending whether you’re a married, separated or single women.

The series allows you to do this quite literally by giving audiences the option of alternative endings to help these women to make their decisions.

We would like to empower women in the Arab world to make their own choices.

Finding a suitable cast for the 3 main female characters.

The production and budget from Yahoo was only for 10 episodes with their 2 alternative endings.

We were the first to start web series in the Arab world with the Emmy award winning Shankaboot in 2010 then Fasateen in 2011. We think the world is moving from TV to the web, especially the youth in the Arab world who are no longer finding their identity on TV.

During the production of the series, women were somehow overpowering men in the crew and final decisions were more in their hands.  The producer, creator and driving force behind the series was a woman, the co-director and co-writer was a woman, the line producer was a woman, not to mention the three highly opinionated cast members playing the main roles. This is rare on a filming crew in the Arab world. Instead of creating tension and gender discrimination, it somehow brought more humour and of course a positive sexual energy on set, where everyone fancied everyone else with the occasionally snogs here and there. Not so rare in Lebanon but very daring to the Arab world.