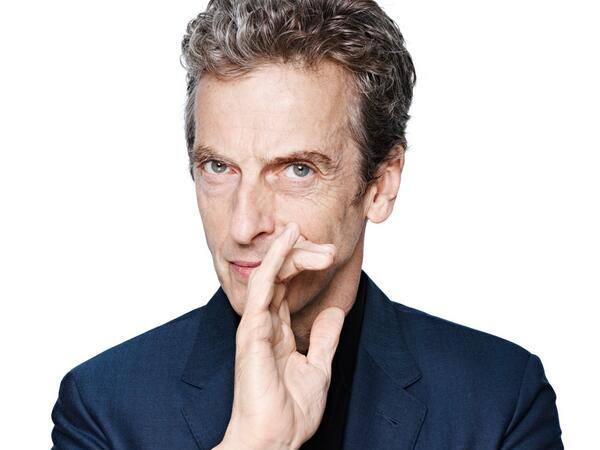 The mystery surrounding Doctor Who has finally been solved. On Monday morning, the BBC announced in a live show broadcast around the world that everyone’s favourite Time Lord will be portrayed by Peter Capaldi.

The 55-year-old Scot has been a lifelong fan of Doctor Who, and will be the 12th actor to play the time-travelling alien from Gallifrey. Capaldi will be taking over from Matt Smith, who announced back in March that he would no longer be continuing in the role.

It won’t be the first time Capaldi will have appeared in Doctor Who, having played an ancient Roman father in the 2008 episode The Fires of Pompeii alongside David Tennant.

Ironically, Capaldi’s latest acting role was as a World Health Organisation doctor in World War Z, where he was credited as ‘WHO Doctor’.

We here at upstart take Doctor Who very seriously, so we’ve decided to take a look at the pros and cons of Capaldi as the next regeneration of the Doctor.

Five reasons why Peter Capaldi will make a good Doctor:

Unlike Matt Smith, who came into the role as an unknown quantity, Capaldi can stroll in with all the confidence of a seasoned professional. In a career spanning 30 years he’s built up an impressive CV, appearing in popular shows such as Skins and the Doctor Who spin-off series Torchwood. However, his most successful role has been as the foul mouthed political ‘enforcer’ Malcolm Tucker in the cult BBC political comedy The Thick of It, for which he has won a BAFTA, two British Comedy Awards and a Chlotrudis Award.

2. His announcement signals a return to a more ‘classic’ Doctor

Before the series was revived by Russell T Davies back in 2005, the Doctor had always been portrayed as a wise old traveler of the universe. Since coming back, the Doctor has been younger (Smith was just 26 when he stepped into the role) and the show has moved away from its horror roots and focused more on action and adventure. Admittedly a lot of this has to do with the size of the show’s budget today dwarfing what was available in the classic series but even so, Capaldi’s announcement suggests that the Doctor will be getting back to the more thinking, less crash-and-bang, style of some his ‘classic’ incarnations.

3. He can offer something fresh

Although no self respecting Whovian would ever admit it, Doctor Who is a children’s show. Therefore the majority of the audience and fan base will have only ever known the Doctor as Christopher Eccelston, David Tennant and Matt Smith. In Capaldi, show-runner Steven Moffat and his team of  writers will have the chance to bring something to the table that we haven’t seen before and give the show a new lease of life.

A potentially controversial reason – one we argued over including or not – as there had been a lot of talk in the build up to the announcement that a female actor should be given the chance to portray the universe’s favourite Time Lord. However, the Doctor is a British icon on par with the likes of James Bond and Sherlock Holmes – two characters whose gender would never change. Just because you could change it with Doctor Who, doesn’t mean you necessarily should.

Scotland has a good history with Doctor Who – Steven Moffat, Karen Gillan (aka Amy Pond) and David Tennant (aka Doctor No. 10) are all Scottish.

Five reasons why Peter Capaldi will be a let down

As much as long term fans might try to deny it, the real driving force behind Doctor Who‘s popularity boom in recent years has been through social media sites, such as Tumblr. As mentioned before, a lot of these new fans are only familiar with the younger, post-2005 incarnations. It will be interesting to see whether Capaldi will be able to win them over as easily.

At 55 years old, Capaldi is the second oldest man to ever take over the role of the Doctor. One of the refreshing things about Tennant and Smith’s reigns were the fact they were able to be silly and have fun without feeling like they were someone’s weird uncle.

3. His relationship with Clara

You have to feel sorry for poor old Clara. She’s only known the Doctor for one season, but has already died twice and casually become integrated in his entire timeline for eternity. It’s going to be another shock to her system when her best friend suddenly turns from Matt Smith into an old Scottish bloke.

Being a Time Lord can be a heavy burden to bear at the best times and if anyone deserves to get what he wants once in a while, it’s our beloved Doctor. But still, after 12 regenerations he still hasn’t managed to be ginger – a fact that he’s been lamenting for a while.

Even though we said good things about it before, you can’t get away from the fact he hails from a land famous for kilts, bagpipes, haggis and Gordon Brown.

As much as we love Matt Smith, it probably is time for him to move on and let Moffat and co. try something new in order to keep the series fresh and exciting. Capaldi seems to have the skills – it’s now just the agonising wait until he makes his first appearance in the Christmas special.

Personally, we’re more excited for it than an Ood on karaoke night (that joke makes more sense if you watch the show).

Paddy Naughtin is a third year Bachelor of Journalism student at La Trobe University, and upstart’s Sport Editor. He’s also a massive nerd. You can follow him on Twitter @PaddyNaughtin.

Tom Midwood is a third year Bachelor of Journalism (Sport) student at La Trobe University, and a self proclaimed Doctor Who expert. You can follow him on Twitter @Tom_Midwood.