So, basically we collectively failed. Not right off the bat though, but substantially. I personally started off fine, but on Tuesday night certain monthly troubles got the best of me and I had to give in to a Quorn lasagne and some chocolate…

So, let’s rewind a bit. Here’s the run down of my week.

I made my transition on Sunday, digging into pasta, ice-cream, chocolate, yoghurt, and whatever else I would normally eat that was excluded from a raw vegan diet; as I wouldn’t be seeing these for a while.

I was excited to start exploring all the limits of my new diet, but maybe that was just my masochistic side coming out. So, on Monday I set out on my grocery shopping adventure…

After shopping around at Safeway for quite some time, I came out with only three items; rice milk, oats and soy sauce. Mmm…delicious! So, after that rather unfulfilling venture, I moved on to the fruit and vegetable shop, which filled my trolley and me with motivation for this challenge much more. That is until I got to the check out and went to hand the (very unprickly) prickly pear to the check out chick… with my bare hand.

Obviously this was not the way to do it, I quickly discovered from her scandalized expression. I got caught up in the novelty of this new adventure and decided, ‘Why not try something new while I’m here’, as well as reminiscing about the song Bare Necessities from the Jungle Book. Which on closer inspection states, ‘Don’t pick the prickly pear by the paw, when you pick the pear, try to use the claw’.

So, in opposition to the Easybeat’s song, Monday morning I was feeling fine, on Tuesday I felt worse, I definitely had Friday on my mind!

I used fresh juice and cashews to fill in the gaps in, well, nothing. I’m usually very lazy in the kitchen department and will usually not make anything much in lieu of straining myself in that regard. So it was especially hard for me, doing the very minimum to sustain myself in the challenge. I did however find a few easy dishes to make. 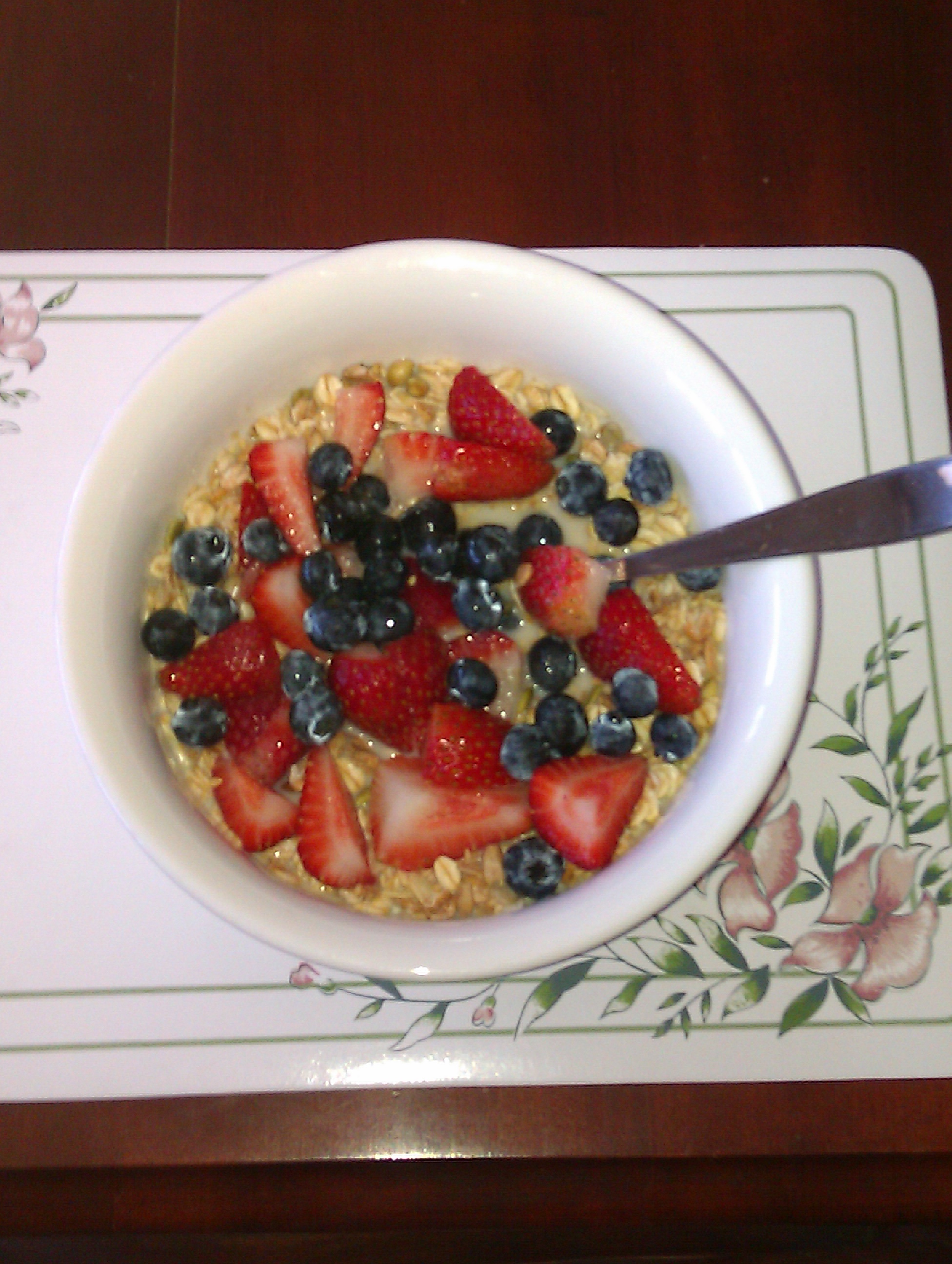 On Tuesday, as I mentioned previously, was when everything fell apart. My body was screaming and so was my head. So, finally I had to give in to the hormonal monster.

During the week the other members and I would banter about what we were cooking, how we were going and basically just to complain about how much we wanted Lord of the Fries. By day two Alyce and my text message conversation read as such:

Alyce: How long are we doing this for?

Me: I was told two weeks.

Alyce: Ha not happening. I’m skinny enough thanks, I’m gonna end up looking like a giant emaciated bird or something.

This is one of the conversations that saw the beginning of the end for our challenge.

I tried to keep going on as much as I could for the rest of the week with only a few ‘no-nos’ but gave up for good on Thursday. I was getting sick and tired and the ‘monster’ had to be fed.

I think these little slipups show that just like with any new diet, you need to ease yourself into it… and don’t be too harsh on yourself… Ahem! Thank you, self-help Madeleine… (NB: One of the side effects of a Raw Vegan diet was found to be the growth of a second personality!)

So glad that this week is over. Lord of the Fries, here I come!

THE TOFU OR NOT TOFU MAIN PAGE

Madeleine McCarty is a third year Bachelor of Media student…now with multiple personalities. You can follow us on Twitter @MadeleineKMcC